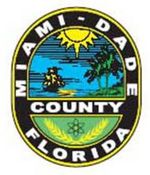 The review of the Miami-Dade County charter should be a top priority item for Blacks in Miami and surrounding municipalities. As Blacks have moved north to Broward County and out of state, the power of the Black vote has diminished significantly. The further division of Blacks into sub-groups ---Haitian, Jamaican, etc.-- weakens the Black vote even more. Let's not even get into Black Hispanics that are not fairly represented politcally and economically in Miami-Dade County. Well, let's not get into it now.

This is not a whine and cheese session; it's about being proactive. Another unfortunate reality is that too often, by the time issues such as these are made public, strategy sessions have alreay occurred and decisions made. Does that mean we just sit back and take it, I don't think so.

As citizens, we seem to have forgotten that it's "government of the people, by the people and for the people." We allow the powers that be to divide us into various ethnic and religious groups when the reality is that our challenges, as citizens, are largely based on economics more than anything else --- don't be fooled.

Anyhoo, check this space for updates on the charter review process. A very important hearing is scheduled for 6 PM, Tuesday, August 28th with the Joseph Caleb Center as one of the sites. Commendably, technology is being utilized to connect citizens via e-mail, webcast, etc. However, Blacks should attend the regional meeting at the Caleb Center to address this issue. There is nothing like people getting together and feeding off the positive energy of camaraderie. Let's not allow the sterility of the internet to keep us disconnected.

Spread the word about these meetings. Check this space later for more info on the charter review process and the folks charged with this awesome task.

By Wayne Tompkins
The Miami-Dade County Charter Review Task Force has drafted a preliminary recommendation that commissioners be paid a full-time salary and limited to serving two four-year terms.
In addition, commissioners would be barred from outside employment while in office and would forfeit all pensions and salary if found guilty of "violating the public trust."
Task force chairman Victor Diaz Jr., a Miami Beach attorney, said the recommendation is not final but designed to solicit public comment at a series of workshops.
"We want to know if the public thinks, for example, that the term limits are too high or too low," Mr. Diaz said.
Commissioners currently are paid $6,000 a year and are not term-limited.
The 21-member board has been charged with reviewing the county's 50-year-old charter, the equivalent of a constitution. The body will make recommendations that ultimately will go before voters. The task force has until Oct. 31 to complete its work but has asked commissioners for a 90-day extension. [Continue reading...]

Coral Gables attorney filed lawsuit against several tobacco companies accusing them of targeting black consumers. Are YOU eligible to join the lawsuit?

If either you or anyone in your family was diagnosed with cancer, due to smoking, prior to Nov 21, 1996, you may be eligible to join a billion dollar lawsuit filed on behalf of Gloria Tucker of Coral Springs, a black woman whose mother and grandmother died of health problems related to smoking.


If there is any interest in this subject matter individually or for a group, contact:

Shared her love of music with kids in the classroom

Cecilia Dunn, a veteran music educator and civic volunteer who saw after the needs of her own children as well as those in the Brownsville community, died Saturday after a brief bout with multiple myeloma, said her son, the Rev. Richard P. Dunn II. She was 68.

''She was literally an angel in a human body,'' said her son, who was appointed to the Miami City Commission to fill an unexpired term in 1996.

She didn't really care for politics, he said, because the mudslinging and backbiting associated with campaigns was counter to her nature. When her son ran for a seat in 2005, she was his chief supporter.

'She said `if you believe God is calling you to serve in a political position, I'm not going to stand in the way,' '' he said.

Cecilia Marie Sheffield Dunn, a native of Fort Pierce, was known for her calming demeanor and ever-present, effervescent smile. She befriended everyone she met, said daughter, Drabina Washington.

''If you met her for the first time, it wouldn't be her last,'' she said. Continue reading…

On Friday, Miami-Dade State Attorney Katherine Fernandez Rundle announced that her office had written to Florida Governor Charlie Crist requesting outside prosecutor be called in to handle the case of Former City of Miami Manager Joe Arriola who was accused of assaulting the valet manager at the Mandarin Oriental Hotel on Brickell Key in March.

Arriola offered to help the State Attorney's Office with an investigation of public corruption. He says he's helped with the investigation of "The Firm", a group of City of Miami employees operating their own company using city equipment and staff. Twelve workers were arrested but it's

likely they were small potatoes in the grand scheme of things.

Just what Joe knows and tells must have some folks shaking in their boots. Rundle offered anyone with knowledge of corruption to come forth now that Arriola is working with her office. Mayor Manny Diaz gave no comment on the news.

Will Arriola really expose the big fish in City of Miami corruption or will he only offer up folks that are no more than collateral damage? And just how much of the wrongdoing will be blamed on the late Former City of Miami Commissioner Art Teele? You know the public was not made aware of what happened with that backpack of information Teele gave to then Miami Herald reporter Jim DeFede before committing suicide about two years ago.

Own Your Power Retreat in Miami!

A message to hip-hop artists: Please stop. We're tired of your words.

That's what more than 100 people gathered Tuesday to say at a protest organized by The National Action Network, a civil rights organization headed by the Rev. Al Sharpton.

Amid poetry, speeches, and shouts of anger outside the South Beach FYE Music Store, protesters want hip-hop artists to cease from using degrading lyrics or lyrics that offend racial groups.

The protest, part of ''A National Woman's Day of Outrage,'' was one of 22 demonstrations happening across the country. Click here to read more. May 29, 2007 is the last time Stepha Henry was seen or heard from. Vacationing in the Miami area from New York for Memorial Day weekend, there have been conflicting reports about the last moments she was seen.

Stepha is an honors graduate from John Jay College of Criminal Justice in New York with a promising future as a lawyer. Stepha's mother has pleaded for her return on South Florida television news but there has been limited media coverage.

A new anonymous witness claims to have seen Peppers nightclub in Sunrise with two females. The last time her voice mail was checked was 4:13 AM, May 29. Please help find Stepha Henry.

Adora Obi Nweze, state president of the NAACP, is among the community members honored at the 4th Annual Emerald Gala and Silent Auction. The event is schedule for 7 p.m. Saturday, October 27, 2007 at the Radisson Hotel (formerly the Omni). Tickets are $60.

The event is  sponsored by the Gamma Zeta Omega Chapter of Alpha Kappa Alpha Sorority, Inc. and its non-profit arm, the WISH Foundation [Women Involved In Service to Humanity]. Linda Johnson is the organization's president; contact her at (305) 758-4457 or LindaJ754@aol.com

You can also get tickets through me at vbyers@bloggingblackmiami.com.

As quietly as it is being kept, The Miami New Times published a scathing article on Miami-Dade County Public Schools Superintendent Rudy Crew. The article itself is not nearly as controversial as the newspaper's cover with the phrase that the superintendent "sucks donkey's balls".

Regardless of where you stand on Rudy Crew, that cover was highly disrespectful and inexcusable. Moreover, it served to taint the objectivity of the piece itself. It's likely that the article will strengthen the position of those who support Crew and the same for those that oppose him.

The South Park cartoon reference, "sucks donkey balls" is frequently used by young people. Google the term to see what I mean. Wow, that's another blog post for another time but if that phrase can be so casually used in conversation, we have issues way bigger than Dr. Crew or anyone else in his position.

The nasty fights between Board members will likely exacerbate and continue. Unfortunately, it's also likely the ethnic polarization will become more prevalent in the community and everyone in Miami will suffer. Stay tuned.

Barack Obama is Coming to Miami! I'll Be There, Will You?

Supporters, community members, and friends will be gathering in Miami Beach from 6:00 pm – 9:00 pm at Mansion to support Generation Obama and our movement for change.

Here are the details:

Purchase your tickets online and join Generation Obama for this special event:

Hope to see you there!