I didn't want to believe the news anchors report of the beating of a Black student from Florida International University in a hate crime but it was true. The attackers were not whites they were Latino teenagers. 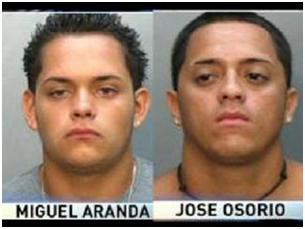 The Black student, Stephen Barrett of New York was at a keg party with his dorm mates, Christopher Eden, white and Daniel Cabevas, white Latino. All of the FIU students are 18 years old.

The driver of the boat indicated that the boat was overloaded. The teens said "Get off the boat, nigger" to Barrett. The FIU students decided to wait and upon getting back to the mainland, were attacked by the Latinos who were now armed with baseball bats.

All three of the FIU students were attacked with Barrett the most seriously injured. In addition head injuries, the attackers attempted to drown him also. 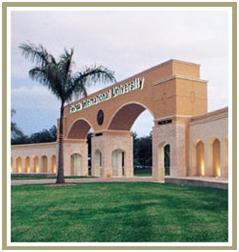 Something about the story doesn't sound right. It seems that there should be several witnesses to this crime. The boat the young men was on was crowded remember? Shouldn't several witnesses have seen the attackers with bats? See previous sentence.

Miami is a strange place when it comes to race --- Far too many obviously Black people who claim to be something other than Black. There are too many damn categories that folks try to fit into or get compartmentalized into anyway. For the Latino guys, a couple of them darker than me, to call someone a nigger is ludicrous. Your African heritage is so apparent. Quit tripping and just be.

News of this incident is all over the internet. Freedom of speech issues one week and hate crimes another, this is not the publicity Florida's tourism officials and education officials like to see.

These young men should be prosecuted to the fullest extent of the law. If not, there will likely be hell to pay in this town.

Hopefully Miami-Dade County Mayor Carlos Alvarez and other officials will step up and quickly squash this kind of activity. On the other hand, the mayor doesn't exactly enjoy a positive relationship with the Black community so this could get very interesting. Stay tuned.

Four teenagers have been charged with a hate crime, accused of the beating and attempted drowning of a black college student at Haulover Beach Park Marina over the weekend.

After calling him the N-word, the teens beat Florida International University freshman Stephen Barrett with a baseball bat and tried to drown him in the Intracoastal Waterway, Miami-Dade police said. [Continued…]

the teens are being acquitted of hate crime charges; drastically reducing there possible, if any, sentence. please pass this on. PROTEST!!!!!!!!! GET ACTIVE!!!!!!!!!! it's not just happening in Jena.

Mom: If you have any more details as to how the status of the case can be accessed, please post here. Who's following up on this? NAACP? ACLU?