MY VIEW: Black People, Can We Talk? 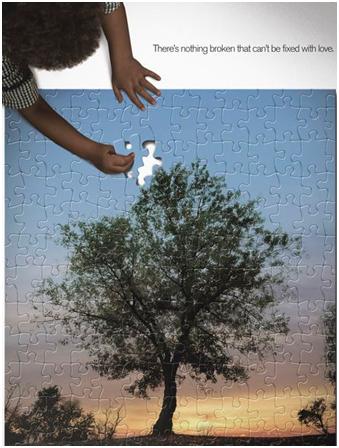 Miami-Dade County voters may soon elect the County's property appraiser. That may not seem like a big deal but it is. Such an election would likely lead to the election of other county-level positions such as police director, elections supervisor and tax collector. Don't be surprised if the school superintendent position became an elected position also.

With a Hispanic majority, that would assure all top positions in the County would be held by Hispanics and likely eliminate any possibility of a non-Hispanic person holding such a position again. Y'all know how polarizing voting is for almost every group except Blacks. We can't even get behind Barack Obama for President but let me not go there right now.

Anyhoo, if you think this is a "Let's Bash Cubans" post, you're wrong. Whining serves no purpose. Besides, the situation is not hopeless if we make wise, strategic choices and are willing to sacrifice.

Hmm…sacrifice. Did I lose you on that note? Far too many of us are unwilling to sacrifice lately. Let's just be real. Our unwillingness to sacrifice, especially for the collective, has been studied by others and used to cripple us. It's not just the hip-hop generation that has been blinded by the bling.

At the root of our problems as a people is our hatred of self. I'm sure you've heard that before. No matter the words that come out of our mouths, or the clothes we wear, we have succumbed to the ideology of white supremacy. I'll exercise brevity in making my point but the facts speak for themselves. We still think white is better than black and we demonstrate that every day.

How many times have you described straight or wavy hair as "good" hair and nappy or coarse hair as "bad" hair? How many Black businesses do you really support? Let's talk, Black people. An education at a predominantly white institution is superior to that of a black institution. Make sure you get a white lawyer if you want to win your case, don't get a black lawyer. I could go on and on with ridiculous statements we've either made ourselves or heard others make.

Hispanics demonstrate the same twisted view of their African ancestry with aspirations of Aryan physical features. Asians do the same with cosmetic surgery to un-slant their eyes. Think about it. There are other examples of skin lightening and rhinoplasty but I think you get my point. People are just crazy because when you combine all this and look at white people trying to tan and white women trying to have butts like Black women, it's all so neurotic.

But when all is said and done the neurosis in others doesn't position them, as a group, to be consumers rather than business owners. Users rather than producers. Generations have not been raised in poverty, single-parent households, dangerous public housing conditions and substandard education.

How does this change? It changes when we change our consciousness and return to our village mindset. I'll deal with that in detail in a future post but please take some time to listen to the video excerpt from Madea's Family Reunion. Even if you've already seen the movie, close your eyes and listen this time.

What say you, black people, can we talk?