I had the pleasure of meeting Mr. Hercules Joyner in 1999 at a Florida A&M University National Alumni Association convention in Orlando. He was in the lobby of the host hotel surrounded by Rattlers of all ages. Of course, when introduced to him, a group of us did the "Hercules cheer" from the Eddie Murphy Nutty Professor movie.

He laughed and took it all in stride. I was struck by the way he treated everyone as if he'd known them forever. Mr. Joyner was cool.

Here's the info from the Black America Web site. Be sure to click below to send condolences to the Joyner family. 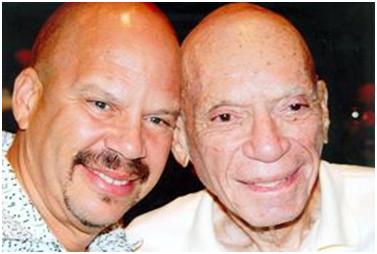 Send your Condolences to the Joyner Family

Hercules L. Joyner, 89, passed away Sunday in his Dallas home.

"I really appreciate all of the sympathy and prayers expressed by all of my close friends and my listeners," Tom Joyner said. "Those that ever had the pleasure of meeting Pops know what an inspiring life he lived and what a proud man he always was. My family and I are thankful for all of your prayers."

Known for his dry wit and gentle ways,  'Pops', as he was affectionately called by family and friends, graduated from Florida A&M College with B.S. in Chemistry.  While at Florida A&M, Joyner pledged with the Omega Psi Phi Fraternity Inc. and became an avid golfer. In later years, 'The Herc' Golf Tournament was named after him.

After he enrolled in the program to become a Tuskegee Airman, he decided to switch from a military career and instead became an accountant, later spending much of his career working for the Veteran's Administration Hospital in Tuskegee.

Joyner was the only child of Dr. Oscar Albert and Ruth Griffin Joyner, and married the late Frances Dumas, a graduate of Tennessee State University.

To share his passion for black colleges, Joyner was an active member of the Tom Joyner Foundation, created by his son in 1998 with the sole mission to help keep students enrolled in Historically Black Colleges and Universities (HBCUs).