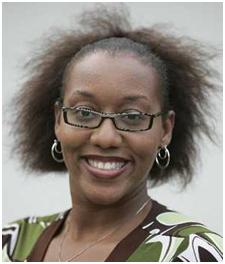 ANDREW ULOZA / FOR THE MIAMI HERALD

Jacquelle E. Sconiers teaches business and math, but her daily routine at school is anything but typical.

For the past six years, Sconiers has taught in the Juvenile Justice Center School in Miami's Allapattah neighborhood, where about 100 students in grades six through 12 have had some kind of brush with the law and are in detention. Many are dropouts or low achievers. [More…]

As the fallout regarding payoffs and the Related Group continues, the public deserves to know if the other two City of Miami commissioners who voted in favor of Related along with Michelle Spence-Jones are or were investigated also. Now, don't get it twisted, if Spence-Jones and others are guilty of criminal activity they should be punished but, hello, it took three--- count'em three votes for that item to pass.

Just because her name is tied to other questionable issues that have received media coverage doesn't mean the other two commissioners should get off Scott-free if they are guilty also. The media and the State Attorney's Office are obliged to the public to be objective, accurate and thorough.

Let the chips fall where they may but now is not the time for spin on the news. The public has the right to know the whole truth, not slices of the truth.

The drama of accusations of corruption has heated up again based on today's front page of the Miami Herald. While voters prepare to cast ballots on important issues such as Amendment 1 and allowing slot machines in Miami-Dade County, the fight for the political life of Michelle Spence-Jones and credibility of other prominent citizens is in full effect.

As mentioned in an earlier post, someone is lying regarding this issue. I guess we'll be forced to endure legal proceedings for resolution to this matter. It's time for this madness to stop but why should we really expect it to when political corruption and allegations of corruption preceded all of us and still exist.

No matter what becomes of this latest situation, the people lose. That's just my two cents. A portion of the Miami Herald article is below with a link to the full version.

A city official fired after blowing the whistle on fellow employees has accused a city commissioner of trying to get political allies on a developer's payroll. 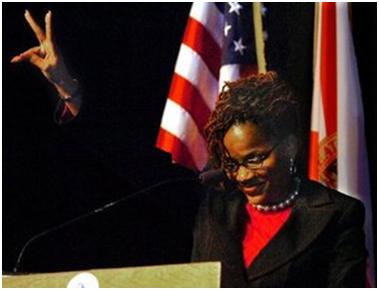 (The caption above is verbatim from the Miami Herald. Freudian slip or what? P.S. It has since been corrected.)

Former Chief of Operations Mary Conway, in a civil court deposition obtained by The Miami Herald on Monday, said Spence-Jones' actions left her -- and two others -- feeling ``exasperation and disgust that a request like that was being made.''

Conway's deposition, taken this month as part of a lawsuit filed by opponents to the three-tower project, is significant in that it largely echoes Commissioner Marc Sarnoff's memo to himself describing Spence-Jones' alleged role in pushing for payments for her friends from city developers. [More…]

Vote NO on Amendment 1 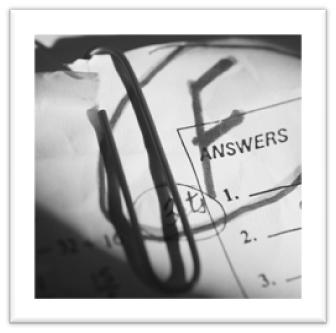 Generally, I agree with Gov. Crist's leadership decisions for the State of Florida. Some of his decisions appear more Democratic than Republican in philosophy and his charisma has endeared him to a rainbow coalition of Floridians. It is that Crist charisma that may propel Florida's constitutional Amendment 1 pass the necessary 60% rate. I am praying that doesn't happen.

His charisma, killer smile and perfectly coiffed hair are not enough for me to do anything other than vote NO on Amendment 1. It is a scheme that makes our property tax system even worse. Not only will average homeowners get no real tax relief, but critical safety staff and school funds will be slashed. Don't believe the hype; Florida citizens cannot afford Amendment 1.

No, this is not a paid political advertisement; this is my opinion on my blog. If anyone wants to pay me, that's another issue. In the meantime, go to www.willmytaxesgodown.com for more information.

The Family of Pateesha Clinch Question Findings in her Death

Personally, it has been difficult to post the status of this case because I fully understand the family's frustration and it resurrects painful memories. The sense of injustice in their daughter's death is feeling that no one should endure. As this case works its way through the judicial system, it could draw controversy similar to the Martin Lee Anderson case in which the Bay County, Florida medical examiner's decision was refuted. Stay tuned.

In their honor, the lights were dimmed, candles were lit on the tables and their adult mentors joined hands to form a huge circle around the ballroom. The 98 young men, this year's scholarship winners from schools around Miami-Dade County, were then called forward to receive their achievement awards from the 5000 Role Models for Excellence Foundation.

"We love our boys, and they know it", said Sen. Frederica Wilson, founder and director of 5000 Role Models and master of ceremonies at the 15th Annual Unity Scholarship Breakfast, celebrated on Martin Luther King Jr. Day in the Jungle Island Ballroom and sponsored by The Children's Trust.

In addition to the scholarship ceremony, Florida Gov. Charlie Crist, House Speaker Marco Rubio, BET personality Bobby Jones, a host of local and state legislators, members of the clergy, over a hundred mentors from the 5000 Role Models program and other guests were on hand to celebrate the living legacy of the renowned civil rights leader.

Dr. King stood for so many great things, his words before the Lincoln Memorial are so inspiring and reach a higher place that talk to your soul about doing what's right, said Crist, adding, these young men who received their awards earlier today, you were good to them and hope is in their hearts because of you.

Crist, the keynote speaker, was presented with the 2008 Spirit of Excellence award for his efforts to restore voter rights to felons who have served their time as well as for other civil rights advocacy, including assistance for the family of Martin Lee Anderson, a 14-year-old who was beaten to death in 2006 in a boot-camp youth detention center.

House Speaker Marco Rubio, of Miami-Dade County, praised Dr. King as a great moral leader, but said he would be saddened because equality still eludes so many African-American and Hispanic women who are left alone to raise children.

Dr. King would be saddened to see the number of children with seven strikes against them, Rubio said. You cannot be right if your people are not right themselves, and increasingly today for too many young men incarceration is more common than graduation.

Referring to King's famous 'I've Been to the Mountaintop' speech, Rubio said, "Dr. King didn't say I think I see it, he affirmed to us that he would make it, and it is the deepest desire of my heart that my 7-year-old daughter will not only see the promised land from the mountain top, but will descend into it."

Miami-Dade County Mayor Carlos Alvarez praised Dr. King for his vision and the 5000 Role Model program for providing guidance to young men in the community.

Role models provide priceless service. They are living proof that education and hard work do pay off. Martin Luther King Jr. has taught all of us lessons that justice and equality are an ongoing struggle. We know that his message and his pursuit of true equality is still a work in progress, the mayor said.

Gospel recording artist and role model, Bobby Jones, offered an inspiring rendition of Lift Every Voice and Sing. Jones, whose father was a sharecropper in a small town in western Tennessee, said that injustices he suffered as a boy taught him lessons that motivated him to educate himself and persevere in his dreams.

As part of their scholarship award, the young men were all gifted with $1,500 and assisted in opening back accounts. The winners were chosen by a team of judges.

Recently deceased school board member and community activist, Robert Ingram, was also honored at the event for his long-time support of the Role Model program. Frederica Wilson, then a school principal, launched the program in 1993 as a mentoring program for fatherless boys.

In additional to the Unity Scholarship breakfast, The Children's Trust sponsored a series of MLK events around Miami-Dade County including: the Martin Luther King Parade in West Perrine; Martin Luther King breakfast in Signature Gardens featuring Dr. Anthony Reed of the AME Episcopal District; the Battle of the Bands at Harris Field in Homestead; Miami Gardens 3rd Annual MLK Celebration; and the MLK Parade and Festivities in Liberty City.

The history behind Martin Luther King Jr. Day is still fresh and alive, enough to bestir annual tributes and celebrations over the weekend leading up to the national holiday itself. Among the more interesting South Florida events culminating Monday was actress Ella Joyce's well-crafted play about Rosa Parks, "A Rose Among Thorns."

The complete article can be viewed at:
http://www.sun-sentinel.com/entertainment/stage/sfl-0123rosaparks,0,3803784.story 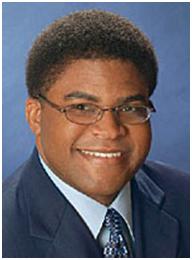 Opa-locka Police Chief James Wright's department has been in turmoil since December.

Opa-locka's police chief, hired by the city in 2005 to bring order to a disorganized department, was fired Tuesday.

In a letter delivered to Police Chief James Wright, City Manager Jannie Beverly said she was terminating his contract ``for many reasons, which I will not detail here.''

''I recognize that you have done many good things during your tenure as chief of police, and I appreciate all of the positive things that you have done,'' Beverly said. ``Nonetheless, for many reasons, I have decided that it is time for the city to move in a different direction.''

Wright's department has been in turmoil since December. At least three police officers have filed complaints with the city about his management style. One of them is the daughter of City Commissioner Gail Miller. Wright filed a complaint to the Miami-Dade's Ethics Trust saying Miller left a voice mail on his cellphone threatening him for reprimanding her daughter. [More...]