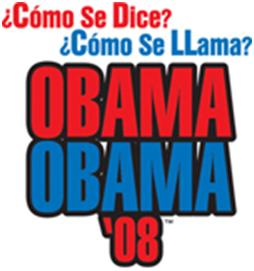 For Barack Obama supporters who also like Reggaeton, here's a great song and the lyrics in Spanish. Enjoy!

Download this song or get the ringtone at http://www.amigosdeobama.com/index.htm.

Another Hip-Hop Weekend in the City

It has been reported that 200,000 people flocked to South Beach for Hip-Hop Weekend…Black Beach Weekend…Urban Beach Weekend or whatever name you choose to call it. While the crowd is down from the 300,000 to 350,000 in the past, they still made a tremendous economic impact on South Beach. Yeah, South Beach. Not Liberty City or Miami Gardens or any other black community. It's a shame.

When will Miami have a thriving black business corridor again? There are a number of mom and pop businesses along major corridors like 7th Avenue but how they stay afloat is mind boggling. There are the requisite fast food places in the black community but where are the restaurants you'd take a business client to? Better yet, where are the cultural activities?

Even if the Hip-Hop Weekend tourists came on the mainland, where would they go in the black community? Other than The Mahogany Grille in Miami Gardens, our businesses leave a lot to be desired as far as presentation…aesthetics…etc.. Our businesses barely survive because they need capital. It's a vicious cycle but at some point we must stop and do better or just decide to give up…go away and try to survive as the bottom feeders in the Miami economic food chain.

I could also share my experience at Miami's Conrad Hotel on Brickell Avenue which housed many of the celebrities performing on the Tom Joyner Morning Show cruise but that was downright depressing when returning to the reality for most blacks in Miami.

It's time for an economic revolution in Miami. It's time to get involved in South Florida government… vote…hold our leaders accountable.

It's time to support black businesses and make sure they get their share of the economic assistance being doled out in other communities.

As a friend who works in tourism shared with me, black people who visit Miami want to eat at nice a restaurant with a menu that caters to their palate. When they visit Miami Beach, they wonder where the black people are.

Again, what do we do about building black businesses in Miami? What happened to the Black Dollar Days initiative? What are we going to do --- barbecue or mildew?

In the battle of the Davids, the rocker, Cook was named the winner by 12 million votes. Archuleta is sure to have a great career so don't feel bad for him. Simon dissed David Cook to the point that it almost seemed like an Archuleta slam-dunk.

Could the David Cook win be attributed to Simon Cowell backlash?

MIAMI -- A Miami-Dade County Police officer and a police dog are recovering after authorities say he was shot in a gunbattle trying to catch as many as three burglary suspects.

Police say 27-year-old officer David Carrero survived with bullets wounds to his legs. The unnamed police dog was also shot and taken to Hollywood Hospital. The animal's condition is unknown.

Authorities say 18-year-old Giovanni Thermidor was killed. His role in the incident is unclear.

Officers were responding to a burglary call at the North Miami-Dade home around 1 p.m. As they searched for the suspects, gunfire erupted.

The officer was shot multiple times, but police say he was wearing a bulletproof vest. 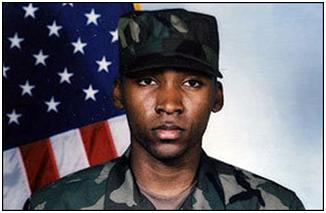 On Jan. 17, 2004, Sgt. Edmond Randle of Miami Gardens became the first documented South Florida soldier to be killed by anti-US insurgents in Iraq.

Today is Memorial Day. It is the day we honor those that given their lives in military service to this country. It is not just a day off from work or school or a day to have a barbeque with family and friends; it is a day to celebrate men and women such as Sgt. Edmond L. Randle, Jr., also known as Dake.

The Miami Herald published a moving tribute to Dake in its Sunday, May 25, edition. It was painful to read of the heartache his mother Karla McKnight-Randle still copes with more than four years later. I recall sitting through Dake's funeral at Ebenezer Baptist Church, listening to the FAMU Band play and the moving tributes to him by friends.

I'd known Dake's parents from high school; his dad and I were classmates at Miami Central and later at Florida A&M. Dake followed in his dad's footsteps. Read the Herald article to learn about the kind of young man he was. The war in Iraq takes on a different meaning when you know a soldier that was killed.

We are still at war although Mr. President Bush proclaimed it ended several years ago. Like Dake, many other lives have been lost and are being lost in service to this country. Regardless of my personal perspective on any of the wars fought by this country, for all of the fallen heroes and those who survived, THANK YOU.

If you are a graduate of Miami Central High School, don't miss the alumni association meeting, Wednesday, May 28, 2008 at 7 pm in the school's auditorium, 1781 NW 95th Street.

The group is again spearheading a drive to provide a laptop computer for the Class of 2008 graduates headed to college. William Clark is the group's president. Come by to see how you can help.

If you'd like to have your group's meeting listed, e-mail info@bloggingblackmiami.com. 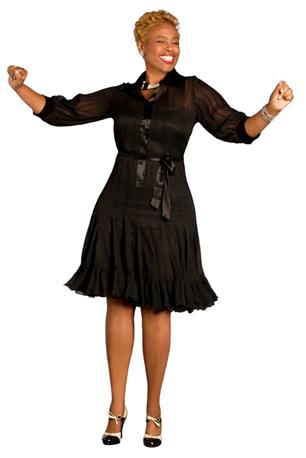 Sending her off in style to New York, friends hosted a private soiree at Chocolate restaurant on Coral Way for Judge Karen Mills-Francis. Mills-Francis recently resigned from the bench in Miami-Dade County for a Sony television daytime judge show called Judge Karen. The Honorable Karen Mills-Francis and family arrived in a limousine to celebrate her success with her Honor wearing an elegant Black cocktail dress designed by Angela Dean.

Well wishers at the soiree were family, friends and colleagues of the legal community. With the judge's affinity toward the Latin American language and culture, Chocolate restaurant on Coral Way was the venue of choice. Chocolate was a very intimate and private setting for the judge's party. Known for their extraordinary Chocolate finishes, dishes were flawlessly prepared under the direction of a renowned chef who collaborates daily with managing partner Emiliano Aloi to explore new flavors and enhance the dining experience. There was a constant flow of hors d'oeurves. An Argentina influence was evident in the food and entertainment. Guests were entertained by a dancer and guitarist.

Judge Karen plans to be bi-lingual before her 50th birthday. Sí, se puede !

Guests mingled as each took time with the guest of honor. When asked by another reporter about her television show Judge Karen commented she felt that based on her personality and style she will bring something different to the show.

Judge Karen told guests how much their helping her celebrate meant so much to her. She was blown away by friends, law partners and judges who took time out of their busy schedules. Someone made a toast for high ratings of the show. The judge told the group to be sure to watch it, TIVO it, etc.

Sony publicist Jennifer Kahn for Judge Karen flew down for the affair and Chocolate's public relations representative Rebecca Beltran Vice President of Kiskinis Communications, Inc. was on the scene to make sure all ran smoothly.

Premiering on September 8, 2008, JUDGE KAREN is a half-hour daytime court strip that brings a spirited new personality to the daytime court proceedings. Show will air in Miami on CBS4 or My33 (Check local times.)

"It's my intention to run my TV courtroom as I run my real courtroom, and I think it's important that you show good judgment" said Judge Karen.

Adios, Judge Karen, much success on your new show!

If you're planning a trip to New York, call for tickets to the Judge Karen show @ 1-866-AUDIENCE, www.judgekarentv.com

Single-family home prices in Miami-Dade and Broward counties continued their downward slide last month, posting more double digit dips in April, as the market sagged under the large numbers of homes for sale.

The number of homes sold in Miami-Dade fell 47 percent, slightly better than the previous month. In Broward, sales were down a more modest 11 percent, also better than March. In the condo market, the median-priced unit in Miami-Dade ticked up 3 percent from $268,000 to $275,000, but on sales that dropped 56 percent. Following a months-long trend, condos in Broward fell 24 percent from $197,800 to $150,000 on sales that dropped 13 percent. [Read more...] 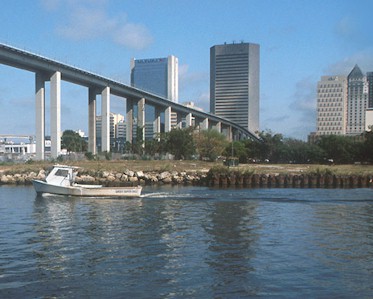 The staff of the South Florida Regional Planning Council recommended that its board raise several objections to Miami's plan to eliminate the zoning protections for the marine industry along the Miami River.

In a document to be presented before its board on June 2, SFRPC staff recommended three elements of the city's comprehensive plan amendment be found inconsistent with state planning laws. If the board agrees, that opinion will go on to the state, which must ultimately OK the changes.

Miami commissioners had voted to strip the word "port" from the title of the Miami River's comprehensive plan. Lost with it would be guidelines for protecting marine industries such as boat building and service and shipping. Instead, Miami commissioners voted to increase the density of residential, mixed-use development.

Last year, appeals court cases overturned the city's approval of three condo projects on the Miami River because they violated the protections for marine industries in its comprehensive plan. [Read more...] 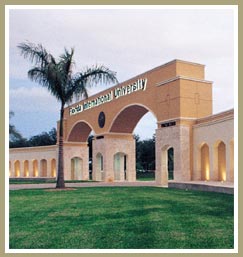 Florida International University is considering a three-year plan that includes layoffs and the elimination of programs to deal with a $32 million budget gap for fiscal 2008-2009 and expected future budget cuts.

In an e-mail to the FIU community, President Modesto A. Maidique said the plan currently calls for the elimination of about 265 positions in the next three years. About 130 of those would be considered layoffs. The remaining positions will be shifted to other sources of funding, are already vacant or will be eliminated through attrition.

He said one-third of the positions slated for elimination would be faculty and two-thirds staff. [Read more...]