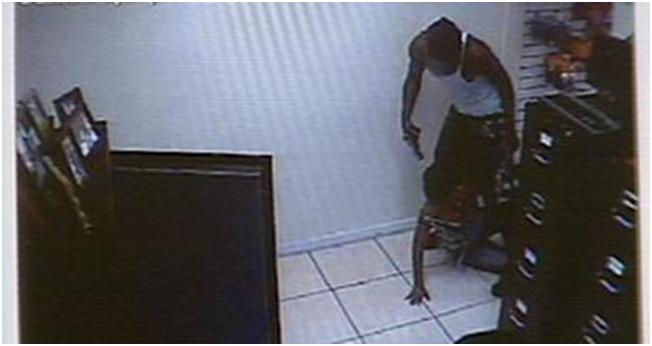 Check out Channel 7's coverage of the robbery of the Metro PCS Store on NE 125th street in North Miami. The store clerk was terrorized by two young men and even had a gun pointed to her head.

These guys were brazen enough to commit the robbery across the street from the North Miami police station. You know the cops are ticked off at the disrespect. The thieves got away with about $1,500. The young lady was not physically injured although she must be a nervous wreck after that incident.

Now, let's break this down. You see, those two guys make it bad for all the young black men just minding their own business and trying to be successful in life. Those two young men would want the community to come to their rescue if the cops went up side their heads a few times. Well, the foolishness needs to stop. It's likely that they have family and friends who condone the thievery. And criminals like them don't care about you or me. It's a shame.

Prayerfully, the crooks will be caught and punished to the full extent of the law. If anyone witnessed the robbery or saw the robbers leaving the store or know who those guys are, call the North Miami Police. Think you're being a snitch? Well, think about you or a family member could be the next victim.

FOR THE BROTHERS ONLY: When women ---and they don't have to be white --- clutch their purses when you get on an elevator or pass you on the street; this is why. When store clerks watch you as if you're going to steal something; this is why. It doesn't make it right to stereotype people but it is what it is. Do something to change that, please.

very powerful post. you have lots of readers out here in the blogosphere (okay i'm in kendall) that enjoy your blog.