Blogging Black Miami
Tom Joyner giving away gas tomorrow!
What will they think of next? A brothel on wheels? 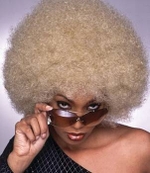 Now, I ain’t one to gossip so you didn’t it from me but it seems that a certain school board candidate was recently overheard in the Panera Bread Company talking very loud about Dade schools superintendent Rudy Crew and dropping names of people who this candidate said support his campaign.

It seems that he thinks that Crew doesn’t ‘understand the educational needs of this community’. Ha! This candidate proceeded to say that he has the support of the Hispanics and he also dropped the name of the Gelbers on the Beach.

He went on to mention a certain billboard that “Feldman” didn’t want his name on. Hmmm….could that have been Larry Feldman, candidate for the District 9 school board seat? Whatever that was about; Feldman wanted no parts of it. All the foolishness may be revealed soon. In the meantime students test scores improved and Crew still keeps piling up awards and accolades.

Anyway, that’s all the gossip I have for you today. Please don’t engage in loud conversations in public no matter what you’re talking about.

I've got to say that I've never witnessed Rudy Crew to go through so much heat and not have even a larger group ready to lock arms with him. Where is this at in Miami?

"In the meantime students test scores improved and Crew still keeps piling up awards and accolades", is the best thing I've read about Dr. Crew in the past 6 months.

I think Crew is a good man, but he has to mindful of perception issues. If he would not have taken this last raise to show solidarity with the teachers, his ratings would be greater than they are.

The test scores in Miami Dade County schools continue to go up... but I would check on the the moving target of the state standards and also question those who give credit to Rudy Crew. Teacher pay continues to go down.. the top and the bottom get closer all the time, yet the test scores go up. This to me sounds more like congratulations belong to the teachers not those at the top who contiue to get their bonuses on the backs of people who can no longer afford to live in the district.