WBFS/My33 has announced several changes to its fall line-up, including several new programs and an array of other favorites that return at new times.

*  Judge Karen Mills (Debuts 9/8/08)
The Honorable Karen Mills-Francis will star in her own court TV show called "Judge Karen". Mills-Francis is currently a county court judge. In 2000, she became the second black woman in Florida's Miami-Dade County to run for judge and beat the incumbent administrative judge. She retained her seat in 2006 against opposition while four judges lost their seats that year. She's also the first Black judge from the South Florida area to have a nationally syndicated show. 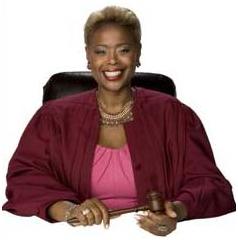 Born and raised in Miami, Mills-Francis graduated from Miami Northwestern High School. She earned her undergraduate degree at Bowdin College in Brunswick, Maine and got her law degree from the University of Florida. Judge Karen is also the cousin of and grew up with Chief Jimmie Brown's wife, Michelle.

Mills-Francis did her tour of duty with the Miami-Dade public defender's office before going into private practice. Early in her career, Mills-Francis became a certified foster parent and has cared for foster children in her home. She also volunteered her services to the Guardian Ad Litem program and continues to mentor children in foster care. She has served as a role model for "at risk youth" in the Miami area. She has a reputation in the legal community for being smart, running a tight ship and using humor to put people at ease. (Airs 11:00 AM and 11:30 AM, Monday - Friday)

*  Cheaters (Debuts 9/22)
From Cheaters' surveillance cameras, viewers see actual true stories, filmed live, documenting the pain of a spouse or lover caused by infidelity. This program is dedicated to the faithful and presented to the false-hearted to encourage their renewal of temperance and virtue. (Airs Monday - Friday 2:00 PM and 2:30 PM)

*  Tyler Perry's House of Payne Debuts 9/22/08)
Tyler Perry's House of Payne is a comedy series about a multigenerational, working class family who experiences all of life's struggles with faith, love and most importantly humor.  Pops, the uncle and head of the household, has his life and home turned upside down when an unexpected event forces his nephew, CJ, played by Allen Payne, and CJ's kids to move into the house, putting three generations under one roof.

This chaotic living situation takes its toll on cranky Pops, who is reluctant to have his routine disturbed. It soon becomes evident just how wide the generation gap is, as the family tries to find a way to coexist through all of life's hilarious ups and downs.  Putting the family back in family comedy, Tyler Perry's House of Payne tackles real life issues with very funny humor.
(Airs 4:00 PM, Monday - Friday, and 7:00 PM, Monday - Friday)