TALLAHASSEE, Fla. – Brent Hatchett and Courtney Simms have been named news anchors for FAMU-TV 20 and the "20 at Five" newscast.  The newscast will move from airing twice a week to four times a week starting September 15.

"This places our broadcast journalism program on par with the top journalism programs in the nation in regard to producing news reporters, producers, videographers, editors and news anchors," said Kenneth Jones, a broadcast professor and sequence coordinator.

Students in the advanced TV news class also will contribute to the Week in Review news show that will air on Fridays at 7 p.m. on FAMU-TV 20 starting September 5.

Hatchett, a broadcast student from Detroit, has interned with WTXL-TV as a reporter. He also has worked as a sports announcer and gospel disc jockey for WANM-FM as well as a reporter for The Famuan, FAMU's student newspaper.

Simms, a broadcast student from Chicago, has been a Fashion Fair model worldwide and worked on FAMU's homecoming show broadcast as a reporter.

Under Anderson's leadership, The Famuan was named the top student newspaper published at a historically black university in 2008. The Famuan staff also won 10 other awards for reporting, headline writing, editing, photography, informational graphics and design work at the HBCU National Newspaper Conference held in Baltimore earlier this year. Students working on Journey also have won several awards in recent years, including a Hearst Award in 2008 and the "Best College Magazine" by the Southeast Journalism Conference in 2006.

"We understand the increasing importance of convergence and our student media will be ramping up the volume of multi-media projects in the coming school year," said James Hawkins, dean of the School of Journalism and Graphic Communication.

Under the leadership of Professor Michael Abrams, FAMU journalism students also will be working with the Tallahassee Democrat on an election-related poll this fall. 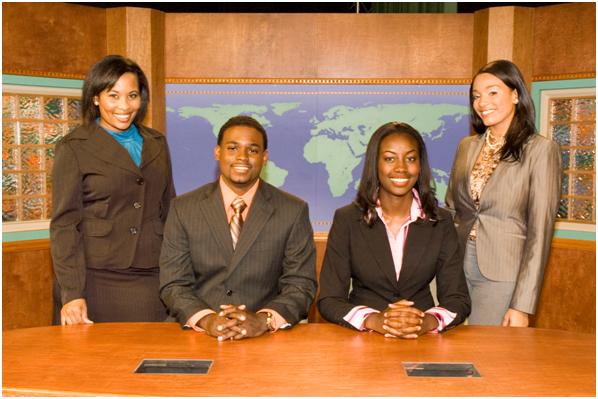