Senator Barack Obama and wife, Michelle, and the Obama-Biden Campaign for Change Team infused excitement into South Florida that has not been witnessed since the Miami Heat won the NBA championship in 2006. Folks of all ages, shapes, sizes and colors crowded into Bicentennial Park in downtown Miami to get a glimpse of the man who is likely to be voted the next POTUS.

The reality is that we tend to co-exist in an environment of ethnic and economic polarization more than unification in Miami. Senator Obama and his campaign for change and message of change from the bottom up has changed the atmosphere at least somewhat. Let's keep that vibe going because we sink or swim together.

Here is video of Senator Obama's speech followed by photos from my friend Natacha Payen and a photographer whose name I didn't get. While many people were overjoyed by seeing the Obamas, many folks are still wondering why the City of Miami leaders could only come up with two, count 'em two, metal detectors for a crowd that numbered more than 30,000. The result of that decision was many supporters who never got into the area to see the Obamas. I won't even go into the massive traffic logjam.

Senator Obama surprised some folks in Broward County by visiting a few businesses in the community. Westside Gazette publisher, Bobby Henry, had the opportunity to escort the Senator during his stop and some of the young people, especially Chayla Cherry, were able to take photos and get Senator Obama's autograph. 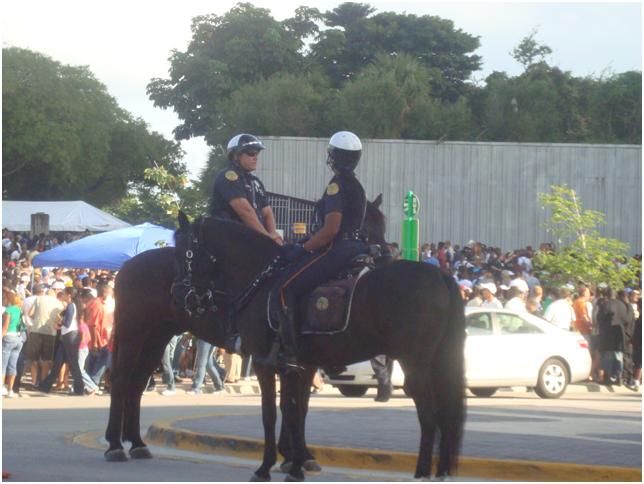 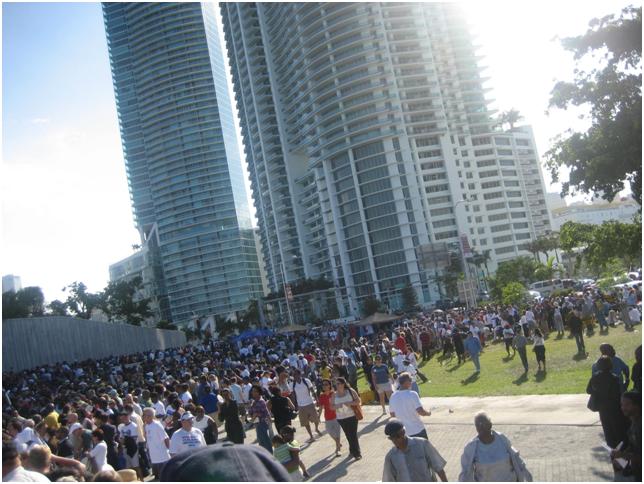 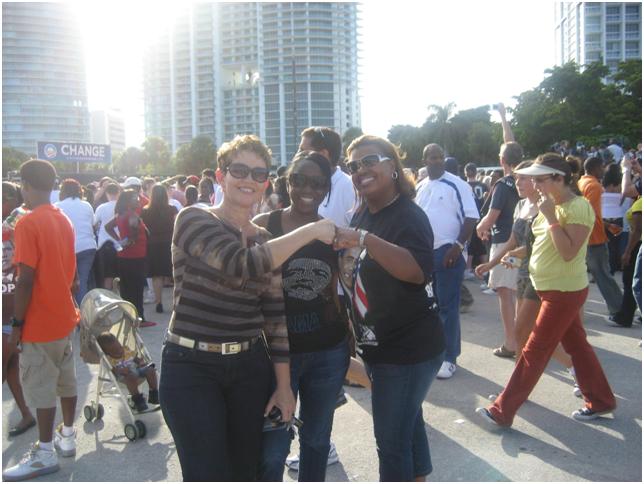 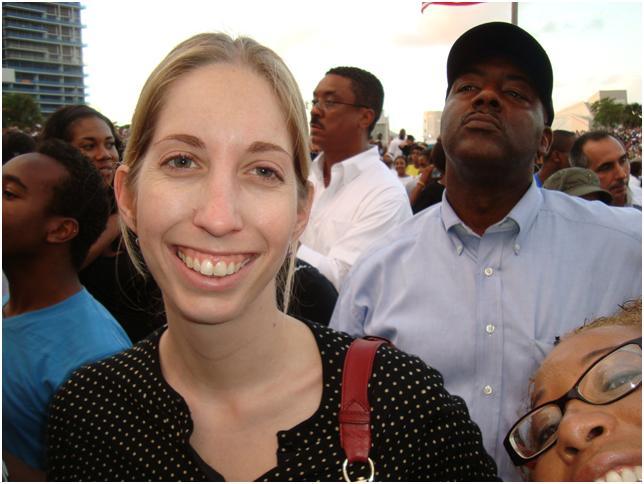 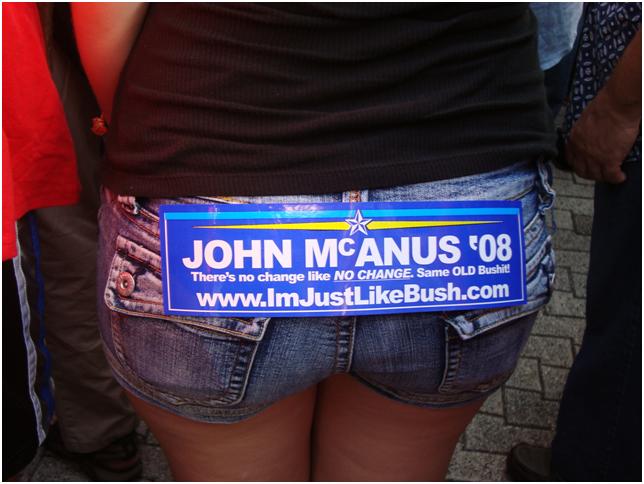