Too Many People to Breathe 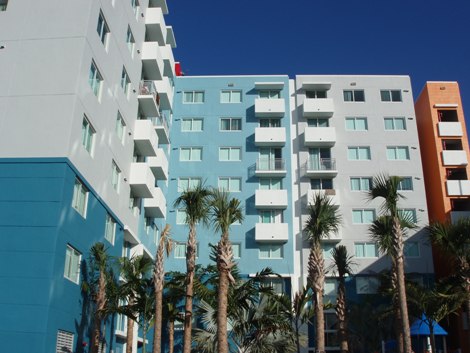 It's interesting to take a ride around Miami. Not the touristy siightseeing Miami or the SoBe Miami but the Miami where many typical working people live. Wow, things change. Sometimes not for the better.

While on an errand to meet a mailing deadline, I ended up not at my regular post office branch but the branch in Miami Shores. The lines tend to be shorter there and there are more windows open.

Anyhoo, I probably hadn't been to that branch in about a year or more. Much to my surprise, a large apartment complex had been constructed next to it and dwarfed the small post office building.

Don't get me wrong, because the apartment building was clean and the little landscaping present was neat. The building had that utilitarian feel to it and just eyeballin' the number of units was evidence of too many people in that size space.

The northeast and northwest portions of Miami are losing their feeling of openness and in some areas feel more like space for herding cattle. A nice paint job doesn't remove the cramped feeling that just doesn't allow people to breathe.

If there were also opportunities for cultural programming, that would go a long way toward ameliorating the density issue.