Thank you to all the folks following me on Twitter. My number of followers has increased tremendously over the last three months although I'm not sure why. I don't know what happened but my Twitter statistics continue to increase; hopefully I can get to a thousand by year-end. 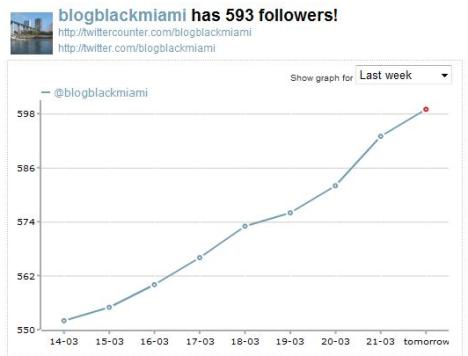 Are you on Twitter? Do you know what it is? If not, you're missing out on the hottest social networking tool around. At first, it may seem confusing but it's not bad, really.

Twitter is like a lot of people in the same room engaged in different conversations that may or may not be heard by someone else who may join in. Some conversations are inane. Others are very informative news headlines and links to interesting information depending on who you're "following."

Who cares that I had fried shrimp and peas and rice for lunch or that I'm stuck in traffic on I-95? You'd be surprised at the exchanges on Twitter --- then, maybe not.


There are a number of celebrities on Twitter: Shaq (THE_REAL_SHAQ); Hammer (MCHammer); Diddy (iamdiddy); and Erykah Badu (fatbellybella) to name a few. Their tweets can be just as ordinary as anyone else's. Also interesting is the number of fake celebrity accounts too. There are a grip of folks impersonating Diddy, and if you think you're following Keith Olbermann; you're not. The real Keith Olbermann is not on Twitter. He said so on his show Friday.

Anyhoo, gotta go and send some more tweets. Thanks, again if you're already following me and if you're not; click here.