Wyclef and Yele in the news again 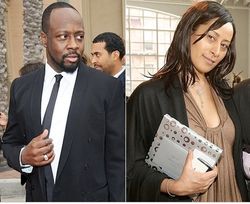 Wow, just when you thought the drama was over, scandal about Wyclef Jean and his charity, Yele Haiti, are back in the news. This time Jean is accused of paying his mistress $105,000 through the charity in 2008.

The alleged mistress, Zakiya Khatou-Chevassus, is listed as vice president with Yele and is also Jean's personal assistant. Their relationship is supposedly no secret and Jean is in an open marriage.

This would be an appropriate place to insert a persnicky remark but I won't. Let's hope Wyclef Jean addresses this issue right away. Folks may not connect the dots that the $105,000 was spent before the earthquake in 2010. they also may not get this open marriage arrangement between Jean and his wife.