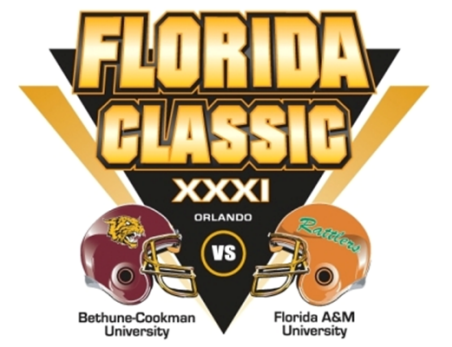 It’s about that time again. The weekend before Thanksgiving is Florida Classic Weekend and fans of in-state rivals Florida A&M Rattlers and Bethune-Cookman Wildcats will gather in Orlando for the largest celebration of black college football in the world. Bragging rights for the football game victory as well as half-time between the marching bands began months ago. There is no rivalry like that between Bethune and FAMU --- not even the rivalry between Florida and FSU compares.

This year the Wildcats are expected to win the football game since they have been beating up on other teams really bad this year. On the other hand the Rattlers have a decent record but have squeaked by in several victories. Regardless of what happens on the field, the Orlando area will benefit from the millions that will be spent by the fans. As usual there are a number of official Florida Classic events and a slew of unofficial events that the two universities will not see a penny of revenue from.

Related Link: The Official Site of the Florida Classic