Living Empowered: You’re Only as Good as Your Last Win 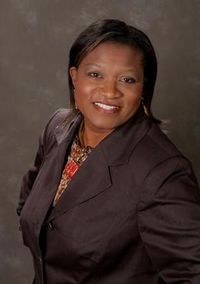 You’re only as good as your last win….ask Randy Shannon, ex-head coach of the University of Miami (FL) Hurricanes. On Saturday, November 27, 2010, after a loss against the USF Bulls and a four season record of 28 – 22, Athletic Director, Kirby Hocutt, announced that UM was ready to take their football program in another direction. Although the team’s bad boys’ image had shifted and the team earned its place among the nation’s top athletes in academics, good was not good enough.

What ultimately lead to Randy Shannon’s dismissal? Many would agree that inconsistency was key. Overall, there was a consistent imbalance. The team was not able to sustain steadiness by doing all the right things off the field while consistently making all the right moves on the field – translating into winning.

So what does the firing of Randy Shannon have to do with you? Everything! You see, the lesson here, as we move into the second decade of the millennium, is that in order to consistently win, you must do the right things consistently. Success does not happen in a moment, but through momentum. It is not enough to create an atmosphere of winning; you must maintain excellence for the long haul. That takes consistency.  Jay-Z said it like this “Excellence is being able to perform at a high level for a long period of time.”

Unlike the University of Miami’s football program, the University of Connecticut’s Women Basketball team has done quite the opposite. The team just finished an impressive 89 game winning streak. As noted by the Associated Press, the Lady Huskies defeated their rivals by “playing with the relentlessness that has become its trademark.” So I ask - what has become your trademark? How easily do you give up when faced with opposition? How consistently are you forging towards your dreams?

In lieu of another year of failed resolutions, resolve to commit to the consistency of creating a trademark that is unlike one you have ever lived before.

Here’s to an Empowered New Year!

Larthenia Howard holds an Educational Doctorate in Organizational Leadership. She is certified through the Certified Coaching Federation as a Personal and Executive Empowerment Coach. Other areas of certification include:   Diversity Awareness and Sensitivity, Emotional Intelligence, Team Building, and the Continuous Improvement Model.  For speaking engagements and inquiries visit www.drempowerment.com