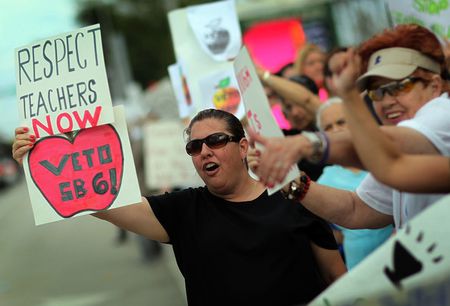 A modified version of last year's SB 6, this legislation is another misguided effort at reform.  It would require 50% of teachers' annual evaluations to be based on their students' standardized tests scores, making Florida the first state in the nation to tie teacher pay, retention, and even certification so closely to students' scores on standardized tests. This experiment will lead to our classrooms becoming little more than test-prep centers where our children aren't taught to think, just to pass a test. Click here to learn all about the details of the legislation in this CIVIC article.

Last year, thousands of parents, teachers and other Floridians joined together in opposition to this proposal, leading to the veto of the bill.  More than 30,000 people signed CIVIC's letter to state officials in just a matter of weeks.  It will take an even louder public outcry to stop it this year.  Please sign this letter opposing SB 736.
Share it with your friends via email and Facebook.  Let's see if this time we can reach 100,000. 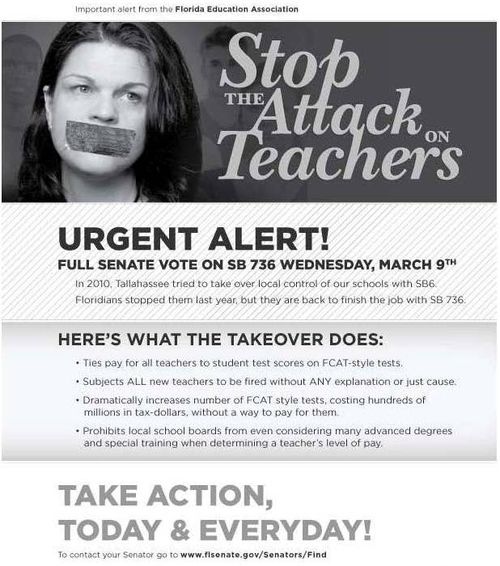