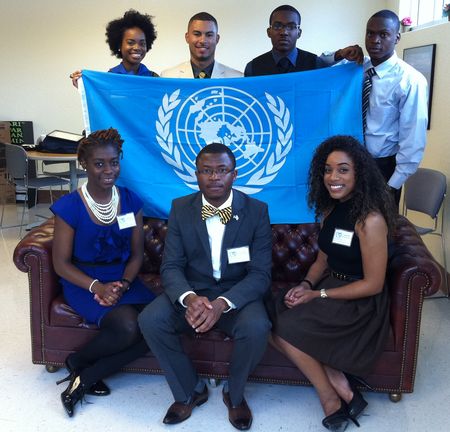 Some folks will tell you that petitions are not effective but there are almost 2 million signors on the petition to prosecute the killer of Trayvon Martin. That certainly gets anyone's attention. 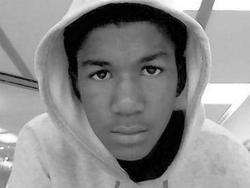 The Miami-Dade Branch of the NAACP will travel to Sanford, Florida on Saturday, March 31, 2012 to show support for the family of Trayvon Martin. A march and rally are scheduled from 11 a.m. to 2 p.m. with NAACP Branches throughout the state.

Miami Dade College (MDC) professor and civil rights activist Renee Kilpatrick and 1940s baseball star Luisa Gallegos represent very different cultures and professions. Yet each has made a distinct mark in history and inspired generations of women who followed in their footsteps. Recently, they were both honored at the annual Women’s History Month luncheon at the InterAmerican Campus (IAC). The theme this year was education and empowerment.

Born and raised in Albany, Ga., Prof. Kilpatrick came of age amid segregation and Jim Crow laws in the Deep South. In high school, as the civil rights movement pushed forward, she was part of the first African American class to integrate an all-white high school. She also took a part-time job at a local grocery store, where she became its first black cashier and at first patrons refused to go through her lane. Through college, she participated in marches and lunch sit-ins, some of which resulted in jail time.

“It was a harsh time, but it was also a learning time,” Prof. Kilpatrick said. “I did not realize at the time that I was making history.”

Prof. Kilpatrick moved to Miami 21 years ago and teaches English at MDC. The “country girl” who dreamed of being a teacher since the first grade said she still cries at every graduation ceremony.

“As educators, we are empowered to make a change, not just in the lives of our students, but also the lives of each other,” she said.

Decades earlier, Gallegos was paving the way for women in sports. The Havana native began playing street baseball with men when she was 12 years old. She got the attention of a local scout who put her on his team.

In 1943, as many young men headed to war, the All American Girls Professional Baseball League was founded in the U.S. Gallegos was among a group of Cuban women picked to play in the League. She played for the Peoria Redwings and the South Bend Blue Sox.

“The newspapers said she was a great outfielder, fast around the bases and had a powerful arm,” said Marino Martinez, an El Nuevo Herald sports writer who recently chronicled her story.

Gallegos is in the Cuban Sports Hall of Fame and is among the female baseball players honored at the National Baseball Hall of Fame and Museum in Cooperstown, NY. In 1992, the film A League of Their Own also paid tribute to the women.

The documentaries produced through this project are intended to create an archive of resources to preserve the rich history of the Grove and as a means to teach the next generation.

Here is the brief documentary from 2011. More details are availalble on the UM Law School website.

If you go to this year's event:

The Miami HEAT don hoodies for justice for Trayvon Martin

There were walkouts at more schools today in south Florida and The Miami Heat became a part of the movement also. checkout this photo LeBron James tweeted to his followers today. Powerful.

Now if we could just harness this energy into voting; fighting for quality education; civil rights and economic empowerment in our community, that would be truly transformational. Justice for Trayvon. Much respect for the Miami Heat!

Parents, Get Free Books for Your Three-Year Old

Parents, here's the perfect opportunity to give your child the gift of reading. The Early Learning Coalition of Miami-Dade/Monroe has partnered with The Children’s Trust and their Read to Learn Book Club to provide free books to three-year-olds in Miami-Dade County. When a child becomes three-years old, he is eligible to receive a book each month for a year

To register for The Children’s Trust Read to Learn Book Club, visit www.thechildrenstrust.org or call 305-891-READ. Parents can register their child(ren) well in advance of their third birthday, so as soon as the child turns three, the books will automatically start arriving to the home.

The will of the people has started a movement that has taken on a life of its own. There were protests today at Miami Carol City HIgh School, where Trayvon was enrolled last year, and Miami Northwestern High School. The protest got a little out of hand at Carol City as students took to the street rather than confining the protest to school grounds. It was refreshing to see young people engaged in a positive show of strength and support.

Before the close of the day, mainstream media showed the huge crowd that converged on Sanford. Estimates are that 25 to 30 thousand protestors were present. The anticipation of the huge crowd forced the move of the rally to a city park.

Before the decision to change venue was made, the majority of the Sanford City Council cast a vote of ‘no-confidence’ in Police Chief Bill Lee. Before the rallies today, Chief Lee announced he was temporarily stepping down as his involvement in the situation had become a distraction. That was seen as a positive move but not really acceptable to Trayvon Martin’s parents and the protestors.

State leadership has been put on notice that the eyes of the nation are on this situation and will follow it through to its completion. We will not accept a kangaroo committee that will try to sanitize its findings.

Another important issue that has gained a lot of national attention is Florida’s Stand Your Ground Law that Sanford Police used as rationale for not arresting George Zimmerman, Trayvon Martin’s judge, jury and executioner. Over complaints by many legislators in the House, the law was approved in 2005 by then Gov. Jeb Bush who asserted it was ‘common sense’. The Florida Senate passed it 37-0.

The law, it was projected, would be a license to kill. Since its passage, it has become just that. Without the national microscope generated by the murder of Trayvon Martin, more than 60 people have been killed using Stand Your Ground as the shooter’s defense.

Once again, Floridians look like idiots and/or racists in the eyes of the world. To make matters worse, the questionable investigative tactics by the Sanford Police taint the entire case. So much so, Trayvon Martin’s family were left to enlist their own investigative tactics to discover key evidence. That’s just messy.

Tracy Martin, Trayvon’s father, discovered the cell phone call to Trayvon’s girlfriend during the time Trayvon was trying to escape George Zimmerman. The police allowed Zimmerman to leave the scene of the incident without retaining his clothing as evidence since there was supposed to blood on him from a scuffle with Trayvon. The police also had Trayvon’s remains tested for drugs and alcohol and did not subject Zimmerman to the same tests.

It doesn’t take a legal scholar to see those blunders were either investigative incompetence or bias or both. This situation will not be resolved quickly. Stay tuned. Stay alert. 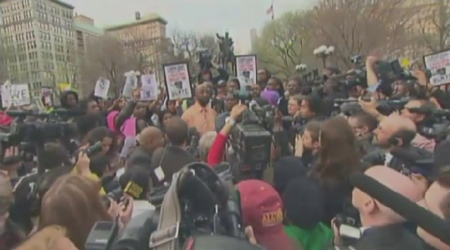 Outrage over the fatal shooting of Trayvon Martin continues. There was a rally and march yesterday at Sherdavia Jenkins Peace Park on northwest 62 street and 12th avenue; a rally in New York City attended by Trayvon’s parents; an NAACP forum in Sanford and a vote of no confidence in the Police Chief by a majority of the Sanford City Council.

Here is video of Congresswoman Frederica Wilson’s powerful speech from the House floor on the shooting death of Krop Senior High School student Trayvon Martin while he visited family in Sanford, FL.

Please share this video with your family and friends. This video needs to viral to demand justice for Trayvon.

Sign the petition demanding the prosecution of Trayvon Martin’s killer

History of Stand Your Ground’ Law in Florida