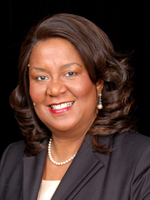 "While it is good that Governor Scott has ended his delay in launching the task force, I am deeply disappointed that he isn't giving adequate voice to the family and close friends of Trayvon Martin. I am also concerned that he may have stacked the panel with members in favor of the status quo as it concerns Florida's Stand Your Ground law.

"As the representative from Trayvon's hometown, I feel it is crucial that the task force include members, especially legislators, from the community where Trayvon's mother resides. None of the lawmakers that Governor Scott has appointed are from South Florida. In addition, I am skeptical that the panel he has appointed will provide as much diversity of viewpoints about Florida's criminal justice policies as he has touted.

"If the governor thought it was important to appoint an author of Florida's Stand Your Ground law to the group, he surely should have also appointed an elected official who knows well how Trayvon Martin's family is responding to a senseless tragedy."

Why should the family of and close friends of Trayvon Martin have anything to do with a task force appointed by the Governor? A task force was unnecessary to begin with. The “Stand Your Ground” Bill (http://myfloridahouse.gov/Sections/Bills/billsdetail.aspx?BillId=15498&SessionId=38), otherwise known as SB 436 (and a substitute for House Bill 249 CS), was presented to the Governor on April 20, 2005, and signed by the Governor on April 26, 2005. It passed in the House by a vote of 94 to 20. It passed in the Senate with a unanimous vote of 39 to 0. The Senate Bill was sponsored by two black Senators, Bullard and Lawson. Frederica Wilson, who is now in the U.S. Congress, was a State Senator when she voted IN FAVOR of this Bill.

Ironically, seven years later, almost to the day, Rep. Wilson and the Congressional Black Caucus is now calling for a repeal of all “Stand Your Ground” bills, WHEN SHE VOTED FOR IT! Apparently, she didn’t count on it being used as a defense for a white person. On April 5th, 2012, “Rep. Frederica Wilson (D-Fla.), who represents Martin’s district, said Congress should pass the resolution because his death “speaks to the reality that racial profiling still exists in America.” (http://www.conservativecommune.com/2012/04/congressional-black-caucus-calls-for-repeal-of-stand-your-ground-legislation-everywhere/).

This bill was passed by a diverse, bi-partisan State Congress.

If Barbara Watson had done her homework she would have known that. Then again, she just votes NO on everything!

As for Frederica Wilson, who voted FOR this bill before she voted AGAINST it, all I can say is that she is either a dummy, a liar or a hypocrite.