In the economically-depressed area where Miami Central is located, receiving a computer from the Alumni Association goes a long way in helping the students and their families defray some of the costs of college. The Miami Central Alumni Association donates approximately 50 computers each year and are working hard to reward every student who submits a letter of acceptance to college to the school’s CAP (College Assistance Program) Advisor with a computer.  The organization receives about 70 requests per year. “If a student is doing well enough to be accepted into a college then they deserve our help,” says Clark.

Renovation of the auditorium at Miami Central forced the relocation of the event to Turner Tech.

In Remembrance of and Gratitude to Our Fallen Soldiers

On this Memorial Day, let us stop and give thanks to the men and women in military service who made the ultimate sacrifice. We enjoy our freedoms today because they gave their lives for our nation. May they rest in eternal peace.

The competition was part of a month-long celebration of the arts, culture, and education held under the auspice of Miami-Dade County’s Haitian Heritage Cultural Month held each May for the past 12 years.

Miami-Dade County Commissioner Jean Monestime who sponsored the event, stated in a press release, “The history of the Haitian people is rich and should be shared and cherished by everyone.  The History Bee is an excellent opportunity to share the story of the Haitian people with the residents of Miami-Dade County.  This is also a wonderful opportunity to celebrate the contributions that Haitians have made to our country and our world.”

The Brother Rice students prepared for the competition for about one month.  Academy teacher William Perry had pairs of students prepare lesson plans and quizzes to present to their fellow students.  “We studied everything from the Pre-Columbian Era to the Revolutionary War,” commented Perry.  “It was an exciting competition and, by the end, our students received a standing ovation!”

The Brother Rice Honors Academy accepts no more than 30 students in grades 6 to 8 inclusive.  The school offers a high school preparatory experience where individually designed programs offer a mix of formal classes; small and large group presentations; research work in the library and media center; and a daily period reserved for reading.  For more information, visit www.acnd.net. 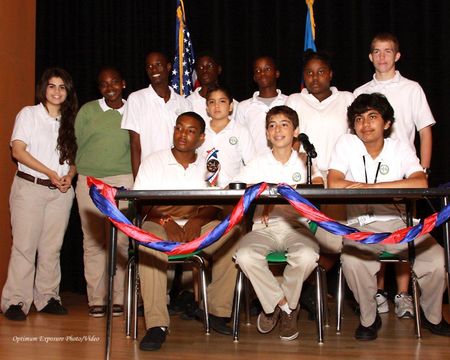 Weird News: Man killed in flesh-eating attack of another

The Miami Herald reported one naked man chewing the face off another naked man Saturday on the MacArthur Causeway ramp. Police shot the attacker once and he did not stop. Several more shots were fired and he died on the scene. The victim of the attack was hospitalized.

Surveillance video shows little of the crime scene but the legs of the men can be seen.

Questions still remain and theories for the attack are plentiful from drug-induced psychosis to zombie attack. 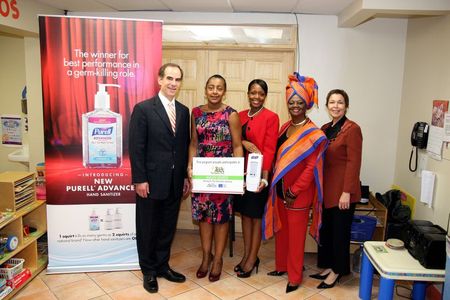 GOJO Industries, Inc., the maker and global distributor of Purell® Hand Sanitizer, the #1 hand sanitizer in both home and professional settings, and proponent of wellness is giving back to the South Florida community with a donation of more than 250 dispensers and one year’s worth of Purell® Advanced Hand Sanitizer to 250 childcare centers within the Quality Counts Program, a collaborative effort between The Children's Trust, The Early Learning Coalition of Miami-Dade/Monroe, Ready Schools Miami, The Early Childhood Initiative Foundation and the W.K. Kellogg Foundation.

"Viruses and infections typically spread very rapidly in child care centers and schools, so donations such as this one fromPurell® help reduce the spread of illness, contributing to improved attendance and more learning," said Modesto E. Abety-Gutierrez, President and CEO of The Children's Trust.

”Through the Quality Counts Program, we know how important it is to attain high standards, something we see reflected in this partnership,” said Evelio C. Torres, President and CEO of the Early Learning Coalition of Miami-Dade/Monroe. “Thank you, Purell®, for helping us promote healthy standards within our childcare centers.”

According to The Centers for Disease Control and Prevention (CDC), proper hand hygiene is the single best way to prevent infection and illness. When soap and water are not available, the use of alcohol-based hand sanitizers is recommended to reduce the spread of germs that may cause illness, especially after shaking hands and before touching your face.

“We are very pleased to make this commitment to enhance the health and well being of South Florida’s children and couldn’t have found better partners than The Children’s Trust and Quality Counts,” said Brad Helfman, Business Development Director of GOJO Industries, inventors  of Purell®.

New America Media has provided video highlights of the Education Roundtable held here in March. They are capturing comments from media and parents in various states in the Southeast.

The Children's Trust has an opening for an administrator for its Quality Counts initiative. The administrator reports to the Chief Health and Child Development Officer and is responsible for managing all aspects of Quality Counts within The Trust and maintaining a close working relationship with the Early Learning Coalition (ELC) and with The Children's Forum to ensure continuous quality improvement for the initiative. A master's degree in public administration, the social sciences, or early childhood education or related field is required; doctorate degree is preferred. Visit www.thechildrenstrust.org, for a complete job description.

Records Scanner - Temporary
The Children's Trust seeks a records scanner, a short-term, temporary position with no benefits. The scanner will perform work directly related to the electronic storage for records retention schedules, retrieval of archived records or for documents to be archived. Copyist/Scanner must be able to operate scanner, concisely explain and assist the staff with archival equipment including computers, digitizers and reader/printers. Applicant must be a current resident of Miami-Dade County, currently enrolled and attending college or a vocational school. For a more complete job description, visit www.thechildrenstrust.org.

Coordinator, CFE & Grants
United Way of Miami-Dade is looking for a coordinator, CFE & Grants to support to the finance department and assist grants management. Coordinator is responsible for preparing monthly invoices of grants and ensuring that grants packages are complete. A high school diploma and one to three years of accounting experience required. Contact jobs@unitedwaymiami.org.

The Institute for Children and Families seeks a school nurse to join their team. Candidate must be a licensed RN in the state of Fla, have at least two years pediatric experience and speak, read and write both English and Spanish fluently. Salary is $52k plus benefits. EOE & DFWP. Interested candidates should contact Sylvia Sanders at (305) 685-4231 or email ssanders@icfhinc.org. Fax resumes to (305) 685-4208 or email to the address above.

The 6’5” student from North Miami Beach, played 4 years of basketball at ACND.  Prior to ACND, he attended St. Mary’s Catholic School.  This past season, Alcegaire was instrumental in leading the Knights to a 27-3 record and a regional finals appearance. He averaged 28.1 points, 11 rebounds and 5.8 assists per game during his senior year. Alcegaire's on-court performance did not go unnoticed, as he was named to the 2011-12 Florida Association of Basketball Coaches 3A All-State team and earned first team All-Dade County honors.

"Wes has really developed under the leadership of legendary Florida coach Charlie Funk,” Head Liberty Men's Basketball Coach Dale Layer stated in a press release. "He is a versatile, athletic player who can play three and possibly four different positions.  "His length, defensive ability and well-rounded game complement nicely with our team for next year.  Wes can score it, rebound it and pass it, and has a very high potential to develop here at Liberty. We are glad he is a Flame!"

A dual-sport athlete, Alcegaire was also a letterwinner in track & field, capturing the district high jump title in the 2012 Florida High School Athletic Association District 16 Championships this past April.

“Speaking on behalf of the ACND coaches, staff and community, we are extremely proud of Wesley Alcegaire,“ remarked ACND’s Athletic Director, Greg Magner. ”He developed through our Basketball program the last four years from JV to Varsity, to 1st All County and All State performer. Wes is an example of an adolescent that has not fallen into the web of entitlement. He has displayed loyalty and work ethic that is missing in today’s youth.” Florida New Majority (FNM) is a social justice organization whose mission is to build grassroots power and win campaigns for social and economic opportunities for poor and disenfranchised communities. FNM combines community organizing, grassroots leadership development, comprehensive campaigns, strategic alliance building, and electoral organizing to pursue its mission at the local and state levels. FNM builds alliances between African American and new immigrant communities in Florida with a goal to build and gain power to win good jobs, housing, and opportunity for our community. An additional goal is to educate and turnout large numbers of voters.

For more information about the work of Florida New Majority visit  www.flnewmajority.org.

Above all else, Flroida New Majority is looking for motivated and hard-working individuals with a commitment to social and economic justice and our mission to join their team.

The Organizer is responsible for implementing plans to win issue and electoral campaigns in Florida, providing training and capacity building activities for community leaders and FNM strategic partners, and mobilizing volunteers for canvassing and phone bank shifts. The Organizer reports to the Field Director or Regional Lead.

MWC is seeking a Grassroots Fundraising Coordinator who will give leadership to all non-Foundation/grants-based fundraising efforts in the support of MWC's liberatory community-based organizing in the low-income communities of Miami.  The GFC is responsible for planning for and managing all aspects of grassroots and donor fundraising in close consultation with the Executive Director, Director of Operations, Grassroots Fundraising Committee, and when appropriate, other Board and volunteer leadership and Staff.  This is a full-time position. 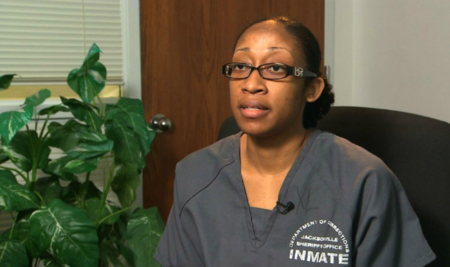 The FREE MARISSA ALEXANDER MARCH & RALLY is scheduled for May 29, 2012, 8AM, Hemming Plaza, Jacksonville, Florida. The guest Speaker is Martin Luther King III. For more information, call Angie Nixon at (904) 610-7103.

Angela Corey lashes out at critics of Marissa Alexander prosecution