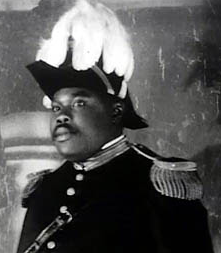 Marcus Garvey
The Marcus Garvey Celebrations Committee, Institute of Caribbean Studies, and the Rootz Foundation have launched a petition addressed to President Barack Obama for the exoneration of the Right Honorable Marcus Mosiah Garvey, leader of the first and largest economic justice movement in the USA and the world, and a National Hero of Jamaica; citing the recognition of Jamaica's 50th Anniversary of Independence and Garvey's 125th Birthday as key reasons for fashioning this collective campaign.
On January 12, 1922, Marcus Garvey, founder of the UNIA-ACL, was arrested by the Bureau of Investigation and charged with mail fraud. In 1925, Marcus Garvey began serving a five-year sentence in the US penitentiary in Atlanta, Georgia. After several appeals, President Calvin Coolidge eventually commuted his sentence, and he was deported to Jamaica.
"The petition has the full support of Dr. Julius Garvey, Marcus Garvey's son," said Justin Hansford, legal counsel. "We hope that this effort will help to undo the historic miscarriage of justice."
And Rootz Foundation President, Priest Douglass Smith declared ”As Marcus Garvey promised, in his first message from prison in Atlanta, even if it takes a thousand years, the grandchildren of those who suffered the injustice will return to claim their rights.” According to Priest Douggie, “The exoneration of the Honorable Prophet Marcus Garvey is not just for Africans but is also a chance for the perpetuators to atone for the gross injustice.”
"This seventh anniversary of the Congressional and Presidential Recognition of June as National Caribbean American Heritage Month, we plan to pay special attention to the legacy of one of the most important leaders in the Black civil rights movement, the father of the Black Economic Independence Movement," said Dr. Claire Nelson, the architect of National Caribbean American Heritage Month. "As we focus on small business, community economic development, and trade, we must remember the small businesses and international trading company launched by Marcus Garvey, and resolve to embrace the lessons in economic self-reliance of this great 'visioneur'. We want not just to exonerate Garvey, but also to help re-invigorate his vision of a global trading company. It is time we own our ships, forty acres, and a mule."
The Marcus Garvey Celebrations Committee, Institute of Caribbean Studies, and the Rootz Foundation have plans to celebrate "Universal Marcus Garvey Day" on August 17, 2012, with proclamations in Miami Gardens, Miami-Dade County, Fort Lauderdale, and other cities nationwide, in recognition of his 125th Birthday.
Sign the online petition: http://bit.ly/KqUrGh
Email: babagarvey@gmail.com
Twitter: @babagarvey
Facebook: https://www.facebook.com/ExonerateMarcusGarvey

Give thanks, Blogging Black Miami, for your support. One Love,
Geoffrey