The Exoneration of Marcus Garvey and Why It Is Important [VIDEO]

Many months ago I was asked to sign an online petition to ask President Barack Obama to exonerate the late Marcus Garvey. I confess I did not know of Marcus Garvey's visionary leadership and his plight in the United States until I was an adult and my high school classmate, William “DC” Clark educated me on Garvey and other black nationalists. At the time, DC and his wife, Stephana, owned and operated Afro-In Books ’N Things, the iconic bookstore in Liberty City that was the hub of black culture, black intellectualism and black activism in Miami until it closed at the end of 2005.

The gentleman who made that original request to sign the petition, Geoffrey Philp, continues to work toward the exoneration of Garvey. I am fascinated by people who demonstrate that level of commitment to any cause so I asked Philp why Garvey’s exoneration is so important to him. Here is his response: 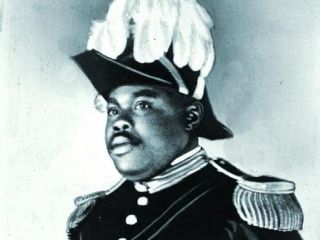 Growing up in Jamaica with the music of Bob Marley and themes of freedom, equal rights, and justice as an integral part of his lyrics, four questions haunted me: Who am I? Where have I come from? Where am I going? How can I be a good man?

Not surprisingly, these questions about the creation of an authentic identity and the impediments, have been central to my work as a writer and teacher. Added to this was the question of what W. E. DuBois called "the color line" and the connection between race and class that C.L.R James wrote about in The Black Jacobins.

These questions could have remained abstractions. However, with the birth of my son, they became pressing concerns: How do I teach my son to be a good man and father? What does it mean to be a good man? A good father?

As a father, writer, and teacher who has spent the past thirty years living in Miami, Florida,  where many of our children, especially our boys are in trouble, the challenge broadened: How can I teach our sons to be good men? 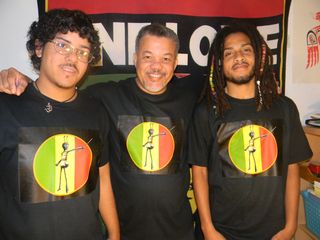 Over the years, many writers, including Audre Lorde, Toni Morrison, bell hooks, and Dr. Martin Luther King, Jr., were instrumental in helping me to think through these questions of identity, but only Marcus Garvey helped me to reconcile the issue of race.

One of the great achievements of Marcus Garvey was the thoroughness of his vision, which as Mwariama Kamau has stated, "through reasoned arguments and a methodical examination of our condition, offers an inspiring worldview and compelling prescription for empowerment." Marcus Garvey's writings advanced a sense of identity, self-reliance, unity/nationhood, entrepreneurship,  education in the physical and psychological sciences, and spirituality based on the Father/Motherhood of God and the brother/sisterhood of woman/man. The body of principles that Garvey outlined was a coherent philosophy, theology, psychology, and social action plan that could be applied by all people in any location.

But then, there was the question of justice and Garvey's false imprisonment on charges of mail fraud. For any student of Garvey's work, this is deeply troubling, especially with the new revelations: "Under the Freedom of Information Act, Professor Robert Hill of the University of California and editor of the massive 12-volume Marcus Garvey Papers project has since uncovered evidence in old FBI documents, including memos from J. Edgar Hoover himself, supporting the argument that the trial and imprisonment of Garvey were politically motivated."

Given this knowledge and the writings of Dr. King, "The moral arc of the universe is long, but it bends toward justice," how do could I reconcile that information with being a good man?

The answer came with joining with the Marcus Garvey Celebrations Committee, Rootz Foundation, and Institute of Caribbean Studies to create an online petition for the exoneration of Marcus Garvey.

Creating the petition was the only way that I could show my gratitude to Marcus Garvey and to restore the name of this good man.

Geoffrey Philp, an author from Jamaica, has written two children's books, Marcus and the Amazons, and Grandpa Sydney's Anancy Stories; two collections of short stories, Uncle Obadiah and the Alien and Who's Your Daddy?; a novel, Benjamin, my son, and five poetry collections, Exodus and Other Poems, Florida Bound, Hurricane Center, Xango Music and Dub Wise. A graduate of the University of Miami, where he earned a Master of Arts in English, Philp teaches creative writing at Miami Dade College. He posts interviews, fiction, poetry, podcasts, and literary events from the Caribbean and South Florida on his blog: geoffreyphilp.blogspot.com.

Thank you for this opportunity.