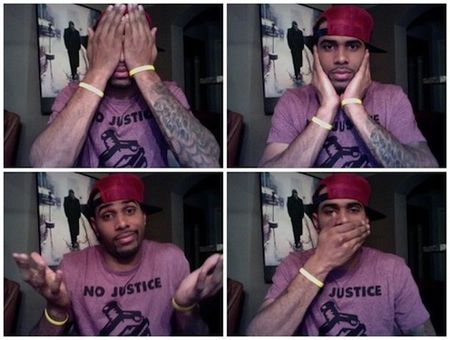 Gary Forbes is a professional basketball player for the NBA. He is Panamanian.

Gary Orlando Forbes was born February 25, 1985 in Colón, Panama. He is a professional basketball player who currently plays for the Houston Rockets of the NBA. When he was a child, his mother brought him with her when she moved to Brooklyn, NY. After high school at Benjamin Banneker Academy, the 6 ft 7 in, 220 lb. small forward initially played college basketball at the University of Virginia, then transferred to the University of Massachusetts following his sophomore season at Virginia.

He scored 1,512 points and grabbed 766 rebounds during his high school career, and established career records for points, rebounds and blocked shots. In local awards, he was selected the Newsday Player of the Year in Brooklyn as a senior, nominated for City Player of the Year, and earned first-team All-City and All-Tri-State honors. He was also a McDonald's All-American finalist.

Forbes was ranked as the #4 shooting guard, and the #20 overall prospect on ESPN's Top 100 for the incoming class of 2003. He committed to play at the University of Virginia, after also receiving scholarship offers from Georgia Tech and Mississippi State. Coach Pete Gillen's group of newcomers was ranked #17 on the list of top recruiting classes on Rivals.com.

Gillen resigned from Virginia after the end of the 2004-05 season, and Forbes decided to transfer out of the school. He transferred to the University of Massachusetts, and due to NCAA transfer rules, he was forced to sit out the 2005-06 season. Forbes scored a total of 1,639 points over his college career.

After UMass, Forbes participated in the NBA Pre-Draft Camp in Orlando in the summer of 2008.[18] However, he was not selected in the 2008 NBA Draft. The Washington Wizards invited him to participate in their summer mini-camp, and he played in all 5 games, but he only averaged 3.8 points and 0.6 rebounds per game.

Forbes played with the NBA Development League and several international leagues. In July 2010, returned to the United States for another shot at the NBA. He was invited to play with the Houston Rockets on their summer league team in Las Vegas. In September 2010, the Denver Nuggets invited Forbes to training camp. He survived pre-season cuts and made the season roster. In December 2011 Forbes was officially signed by the Raptors. On July 11, 2012, Forbes was traded to the Houston Rockets along with a future first round pick.

Forbes has Type 1 diabetes, which has a history in his family. He was diagnosed with the disease at the age of 19, initially keeping the diagnosis secret out of fear that it would affect his career prospects.

Forbes begins each day by tweeting “thanking God for another day alive.”

According to the American Diabetes Association, there are roughly 26 million diabetics in the United States, including an estimated 7 million who are undiagnosed.

“I have a lot to prove,” Forbes said. “I play with a big chip on my shoulder. My work in the league is nowhere near finished. But if I did get drafted, I might be out of the league right now because of the way I was going and not taking care of myself. Those two years helped me mature. It was God’s plan, I feel, for me to be in the league. I just didn’t give up. Everything happens for a reason.”