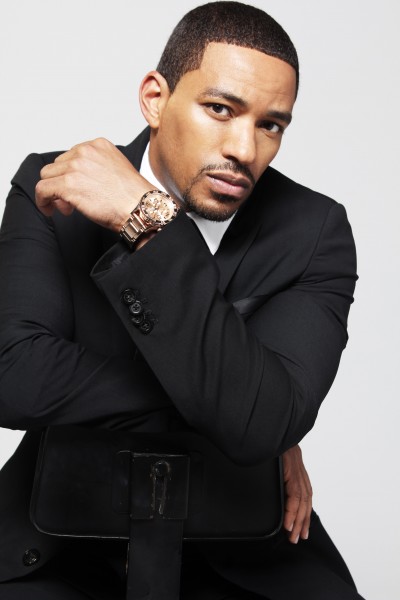 Actor and former investment banker Laz Alonso was born in Washington, DC and is of Cuban descent.

Born and raised in Washington DC to Cuban immigrant parents, Lazaro “Laz” Alonso always knew he wanted to be an actor. He remembers at a very early age entertaining his family by imitating relatives and family friends.

He graduated from the prestigious Howard University School of Business, earning a Bachelors Degree in Business Administration with a concentration in marketing. After college, he worked on Wall Street at an investment banking firm. He and several partners eventually started their own marketing business, promoting mainstream products to the trend-setting urban market.

Owning and operating his own successful business freed up Laz's time to finally explore his passion for acting. Laz began taking classes in the evening to hone his craft and it didn't take him long to begin landing roles in commercials and videos.

Alonso is best known for playing Tsu'tey in James Cameron's science fiction film Avatar. He is also well known for his role as Fenix "Rise" Calderon in the film Fast & Furious. Alonso has had roles in other films such as Jarhead, This Christmas, and Miracle at St. Anna.

He has had supporting roles in films such as Stomp the Yard, Down for Life, Jarhead (His interpretation of a United States Marine in this film was loosely based on a Marine classmate that lived in his dormitory in college.), G, Leprechaun: Back 2 tha Hood, This Christmas, and Miracle at St. Anna. In 2009, he played Fenix "Rise" Calderon, one of the main antagonists in the film Fast & Furious, the fourth installment in The Fast and the Furious film series.

Alonso also played one of the lead characters on the TV series Breakout Kings during its first season and the first episode of season two. He has made television guest starring appearances on The Unit, Bones, CSI: Miami, NCIS, The Practice and Eyes. Alonso appeared in music videos by Toni Braxton & Aaliyah. Alonso also hosted shows on the BET network.