Va-Va
As the election cycle moves closer to the November 6, 2012 Election Day, Organizing for America (OFA) is opening more offices on the north end of Miami-Dade County. More volunteers are needed to continue to strengthen the campaign’s ground game and get President Barack Obama re-elected.

A new field office has opened in North Miami Beach at 17152 West Dixie Highway and there’s a staging location at 5603 NW 31 Avenue in the Brownsville area. Make time on your schedule to do what you can to help the campaign.

I volunteered for a couple of hours yesterday in the new OFA North Miami Beach Office. My plate is already full with personal, professional and community projects I need to complete but I’m doing all I can do because I want our President to continue the work he's doing for this country. I also don’t want to wake up on November 7, 2012 with new leadership of this great nation that will focus on helping the wealthy and not look out for most of America.

Understandably, voters are aware the political game is rife with lies and misinformation. If voters don’t make the time to sift through all of the mucky muck, it may seem daunting and so frustrating that they take themselves out of the game. Don’t.

The right to vote is important. The people who want to lead this country understand that. People in other countries that don’t enjoy the freedoms of the United States understand it too. Ask the Venezuelans in Miami who traveled all the way to New Orleans to vote.

I hope to see you on the campaign trail throughout the county. We have work to do, let’s get it done! 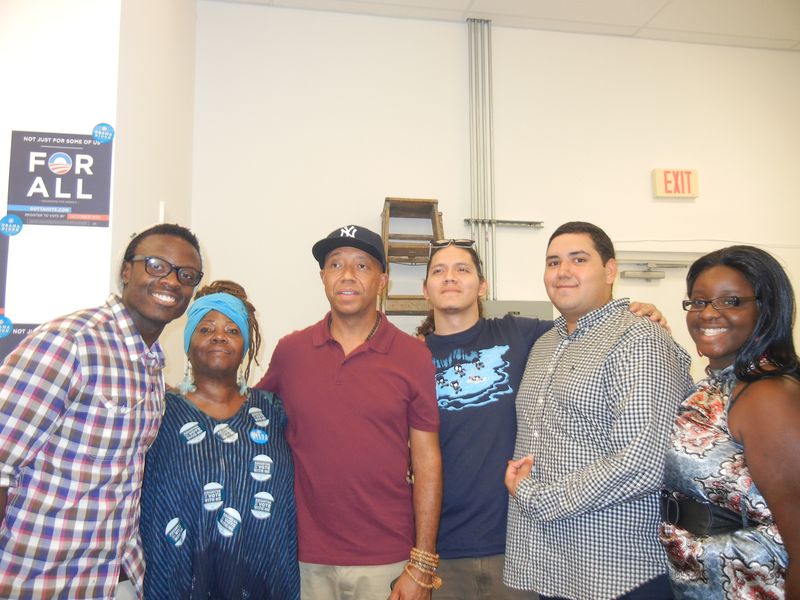