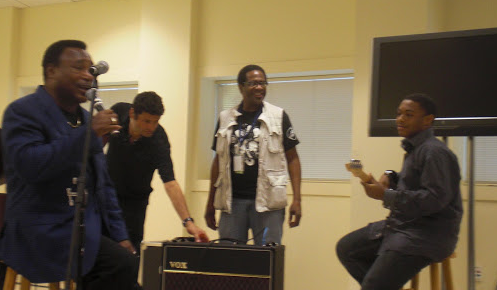 
The Troubadours were the only private school invited to attend the “Jazz Roots Workshop“at the Arsht Center for the Performing Arts.  Part of the experience was to attend a sound-check rehearsal and watch Grammy Award Winners George Benson and Freddy Cole prepare for their evening public performance titled “Unforgettable – A Tribute to Nat ‘King’ Cole.” George Benson then spent time with the students in a questions and answer session before returning to his hotel until performance time.

“This interaction with one of the best in the world was a huge eye-opener for the students as to what is required to be successful and to motivate them into achieving their own goals in life,” commented Ray Lee Johanson, ACND Prep’s Music Director.  “Our own Dimitri Desdunes-Grant performed a jazz electric guitar piece for the entire group, with Mr. Benson giving very positive comments after his performance. I was very proud!”

After the talk session, the students were treated to a dinner and then given free tickets to the evening performance with Benson and Cole as well as the Henry Mancini Institute Orchestra.

The Troubadours, as their name suggests, travel from place to place and perform for the people just like Minstrels once had done.  Recent performances have included the Miami Jewish Health System’s Thanksgiving Parade and the “Light the Night” Walk for Leukemia. 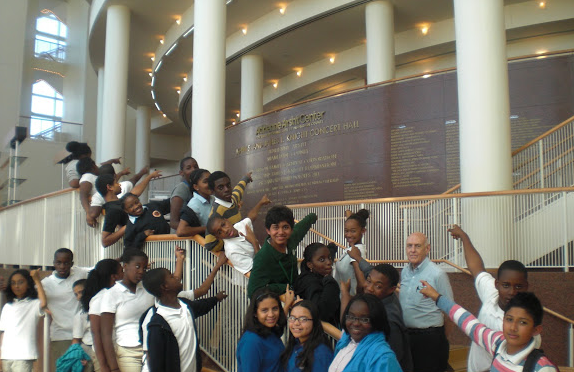 The musicians along with ACND’s choral group “The Knightingales” will perform at their annual Christmas Concert “Keep Christ in Christmas” on Friday, December 14, 2012 at 7:00 p.m. A $5.00 donation is suggested.  The community and media are welcome to attend an evening and enjoy favorite Christmas tunes and dance performances.


For a $20.00 donation, attendees can purchase a ticket to enter a drawing for a 55” Westinghouse flat screen television. Proceeds will benefit the "ACND Technology Fund The drawing will be held during intermission at the Christmas Concert. Ticketholders must be present at the concert to attend. For more information, visit www.acnd.net.