Class 5A Miami Jackson, meets Immokalee High this Friday, December 7, 2012 at Traz Powell Stadium. If the Generals are victorious, they will meet the winner of the Tallahassee Godby and Tampa Robinson match up. The Class 5A finals are Friday, December 14 at the Citrus Bowl.

After last week’s easy win over Palm Bay, Miami Central travels for what is expected to be a tough game against Naples. If they win, they will play the winner of the Navarre and Gainesville match up. The championship game is scheduled for Saturday, December 15, 2012, at the Citrus Bowl.

It would be great if these three Miami teams can make it all the way and win State Championships. Regardless the outcome, the community is proud of what they have already accomplished.

As a side note, check out the photo below from DC Clark’s Facebook page. The folks at the host hotel for Miami Central alumni in Orlando are already cheering the Miami Central Rockets on to victory. Clearly a wise business move, it shows just how much our money is appreciated and why the Miami Central Alumni Association focuses on economic empowerment and economic equity. 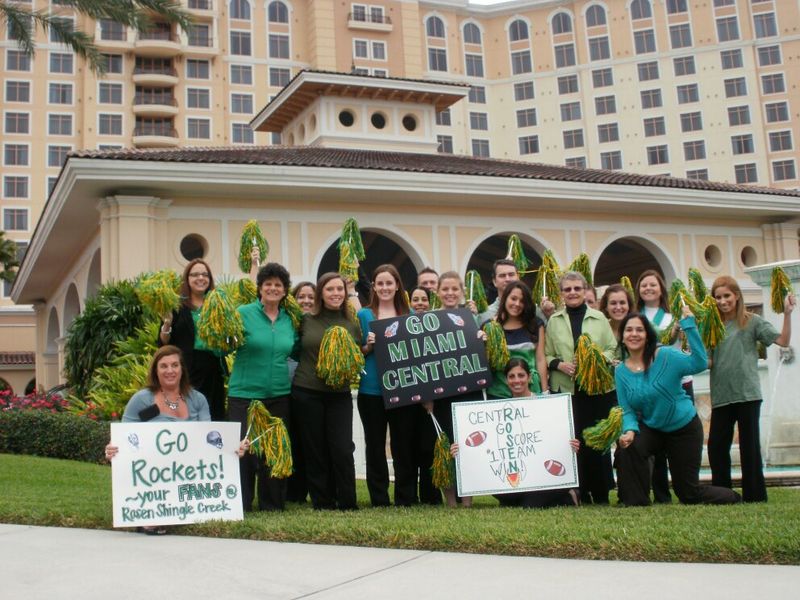 Staff at the Rosen Shingle Creek resort in Orlando rooting the Miami Central Central Rockets on to victory in the Class 6A football championship.

I really appreciate post not just because of its a big article. The understanding I got from this post, the small points, I never got from other articles.Well great team!

You really know your stuff... Keep up the good work!