At the end of December 2012, 12 members from the chess team at Our Lady of the Lakes Catholic School competed at the 14th Annual Junior Orange Bowl International Scholastic Chess Championship held at the Miami Airport Marriott Hotel.

“This was really a challenging tournament.  It was three days of grueling competition mixed in with fun for our kids and I hope for parents too,” commented Dominick Cama, team moderator and OLL’s music teacher.  “I am really happy and proud we hung in there for 5th place in the 9 and under category!”

Cama has headed the Chess Club since its inception two years ago.  OLL computer teacher, Lucie Talbert joined forces with him this year to assist the chess club expand into the realm of computer chess.

The Junior Orange Bowl International Scholastic Chess Championship is comprised of local, national, and international participants; bringing people together from all over the world.  The event is governed under the rules of the United States Chess Federation (USCF.)

“Chess is a game that helps students develop their critical thinking and problem solving skills in a fun setting,” Cama concludes.  “Competition in an environment where our students get to sit across from scholastic players from all over the world such as Hungary, Trinidad, Jamaica, Honduras, and Ecuador is an enlightening and exciting cultural experience for our children.” 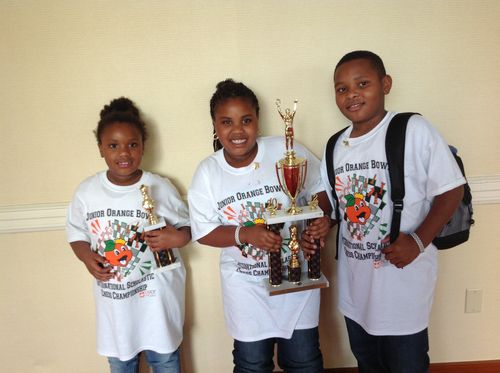