On Saturday, Feb. 9, 2013 Archbishop Curley Notre Dame Prep’s Speech and Debate team travelled to Coral Glades High School in Coral Springs to compete in the final qualifying tournament for the Regional Tournament of the South Florida Catholic Forensic League (SFCFL.)  The team competed against 14 other Miami-Dade and Broward schools.  The Duo Interpretation team of Darby Vilme and Shellbie Charles took first place -- the first championship for both girls.

The SFCFL is affiliated with the National Catholic Forensic League (NCFL). The NCFL is dedicated to supporting high school speech and debate activities for public, private, and parochial high schools in the US and Canada. Students are provided with opportunities to develop their communication, argumentation, and leadership skills through their participation in curricular and co-curricular educational and competitive events. 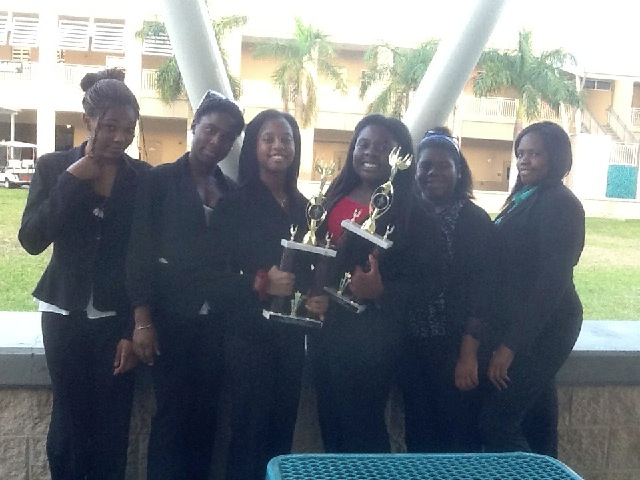