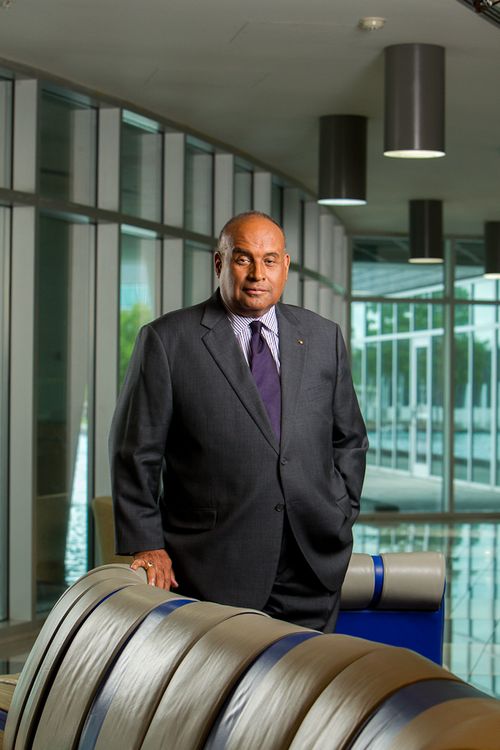 Last week Dr. Cyrus Jollivette, Archbishop Curley (Miami) alumnus and Chair of the Board of Directors for the Florida Blue Foundation (Jacksonville) retired. As a gift recognizing Dr. Jollivette’s dedication to his career and commitment to his high school alma mater, the Foundation awarded a $5,000 gift to the school’s Classroom Technology Upgrades Fund.

Dr. Jollivette has been recognized for his love and dedication for the school and the generosity of Florida Blue Foundation for its commitment to ACND Prep’s summer programs.  A plaque commemorating his years of service and recognizing Florida Blue Foundation’s $5,000 donation to ACND Prep has been installed outside of one of the school’s main floor classrooms.  This financial gift will be applied to the school’s Classroom Technology Upgrades Fund that allows the school to purchase ten iPad 2’s so that student recipients do not have to pay additional fees for both the iPad and ETexts.  As of the 2012-2013 school year, all students from grades 6 to 12 received an iPad.

“It was our goal to continue to purchase more iPads and Apple TV’s through donations and fundraising efforts,” says Douglas Romanik, ACND’s Principal.  “To date, we have purchased five additional iPad 2’s, seven 55” televisions and seven Apple TV’s.  We thank both Dr. Jollivette and Florida Blue Foundation for their help.”

Back in February, 2011 Dr. Jollivette returned to his alma mater to be recognized along with other classmates from the Classes of 1960-62 in an event that celebrated the 50th anniversary of Archbishop Curley (the boys’ half of two schools that have since merged to create ACND Prep) being the first Florida high school to integrate - ten years before Miami-Dade County public schools complied after receiving a federal court order.

Jollivette and former high school classmates Paul Wyche, Jr. and Carlotta Rhetta who attended school together from grade school at Holy Redeemer came from families that played major roles in desegregation and social change in Miami. Jolivette’s father owned and ran a chain of pharmacies and his mother worked as a Miami-Dade school principal.  She helped integrate the faculty at Miami Jackson High.

A multimedia presentation of this historical event titled, “History Detectives” by professional photographer Tom Salyer, was launched on the school’s website December 15, 2011.  Since it’s release, “History Detectives” has been accepted into the archives of highly-renowned historical institutions: The Gilder Lehrman Institute of American History, New York; the Schomburg Center for Research in Black Culture of the New York Public Library, New York; and HistoryMiami.

“It’s ACND’s goal as an Edmund Rice school to value the diversity of the human family and seek to reflect local diversity in its student population and professional staff,” concludes Romanik. “Thanks to Florida Blue Foundation’s generosity this year and past ones too, we have been able to ensure that advancements in all of our education programs are done so in an affordable way and accessible to all.” 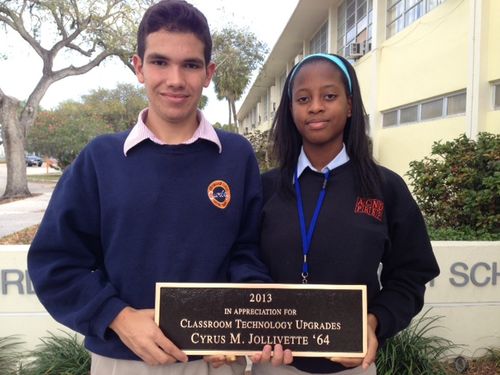