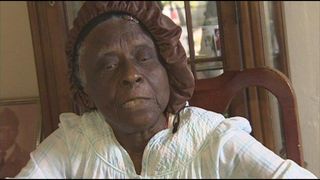 
On February 20, 2013, Emma Anderson, an elderly woman, was singing loudly on a Metrorail train at the Brickell station in Miami. A security guard approached her and asked her to stop singing. When she didn’t, he forcibly removed her from the train. Anderson fell and was injured in the process.

The incident was captured by cell phone cameras and is a publicity nightmare for Miami-Dade County. A witness on one video can be heard saying, "That was not appropriate." Another witness can be heard saying, "Oh, hell no!" Mayor Carlos Gimenez quickly apologized but that might not be enough for the Anderson family who already have legal representation and plan to stage a press conference today.

Inarguably, Mrs. Anderson’s singing loudly was in violation of the rules but at the core of this incident is the blatant display of the lack of respect for her as another human being.