Miami Gardens, FL -- Marking the 10th Anniversary, the City of Miami Gardens has announced a new business relationship with one of Florida’s leading public relations, marketing, and advertising agencies.

Sonshine Communications has been retained to assist in providing marketing, production and creative support services to the City of Miami Gardens. The first of many tasks the agency mastered included the development of video promotions in celebration of the City’s anniversary, which featured the Mayor and Council Members. The campaign, coined after the anniversary theme – “Cultivating Possibilities” - made its debut during the 2013 Jazz in the Gardens concert and celebration.

“We recognize the need to move to the next level and looked for an agency that could help fulfill this ambitious initiative in a creative and meaningful way,” says Mayor Oliver Gilbert. “We’re pleased with the collaboration and know great things will come from it.”

With an impressive 20 years in the business, Sonshine is a full service public relations, marketing and advertising agency. Owned and operated by Bernadette Morris, a lifelong resident of Miami, her company has implemented campaigns for clients and organizations around the country. They are the recipient of numerous ADDY awards and honors from peers in the field including PRSA and Chambers throughout the city, county and beyond. 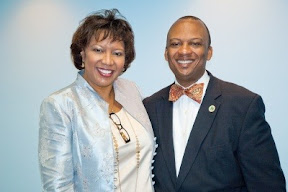