The Miami Heat dominated the San Antonio Spurs in Game 2 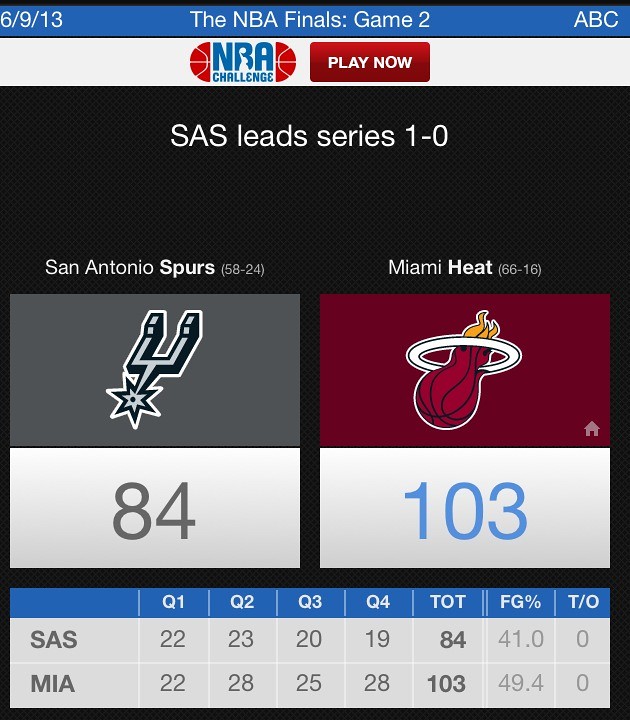 After losing the first game at home, the Miami Heat soundly defeated the San Antonio Spurs 103-84 tonight in the American Airlines Arena. The series is tied 1-1.

The next three games will be in San Antonio. Can the Miami Heat win three games in a row in enemy territory and win the NBA Championship?