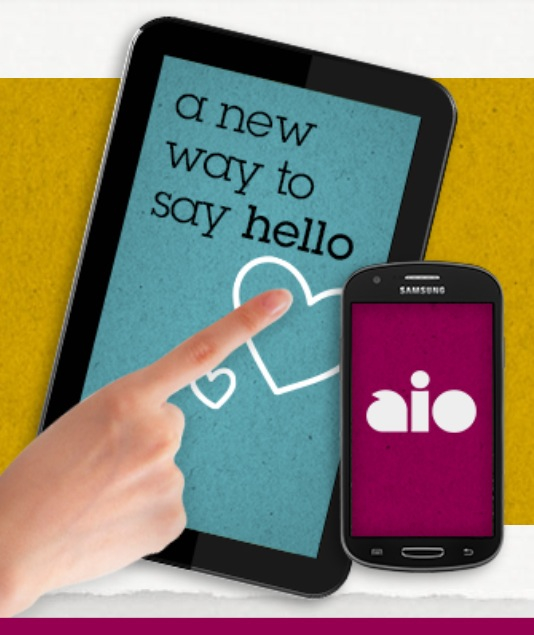 Aio Wireless (pronounced A-O) recently announced its offering of nationwide wireless service to South Florida customers who want a first-class experience at a value price without having to commit to an annual contract. During a VIP launch event held on August 2, Aio’s director of Marketing Maurice James and Aio president Jennifer Van Buskirk introduced Miami’s coolest industry experts, media influencers and bloggers to a new way to wireless.

Held at LMNT, the event featured the Aio Trios, three Aio-branded Volkswagen Beetles equipped with games showcasing the Aio experience; complimentary hors d’oeurves and drinks, and exclusive Aio swag. Also, through the Aio Inspiration Series – an initiative that partners Aio with music producers and visual artists to represent the Aio brand through art and music – the hottest tunes were spun by DJ sensations Brooklyn Dawn, Pa$e Rock and Leggo who have all created ringtones available exclusively on Aio phones; and exclusively-designed giveaways included headphones, t-shirts, hoodies and speakers by LA artists Ash Kahn, Miss Lawn and Benji Escobar. The event also featured a Tweet-A-Thon which enabled Aio to donate $1 per Tweet to benefit Amigos for Kids. 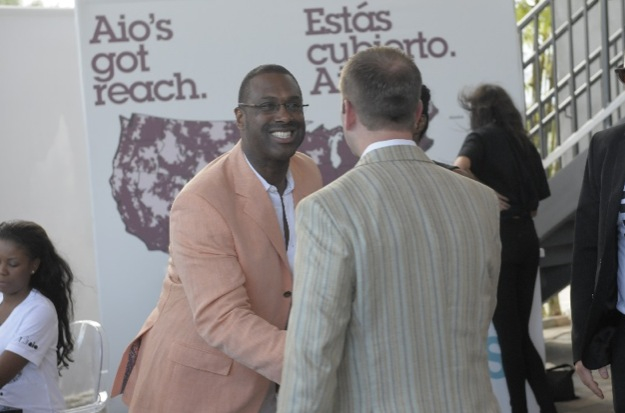 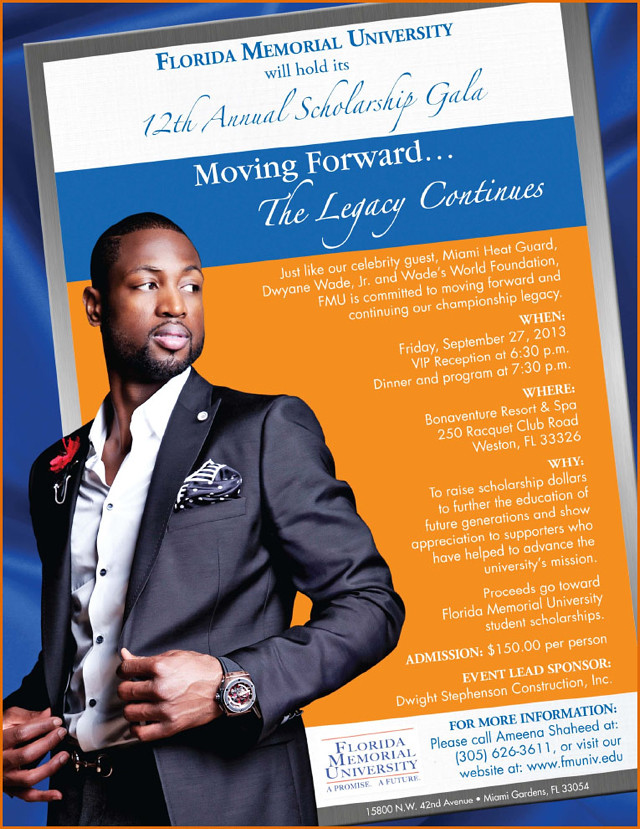 The FMU Scholarship Gala will be held at the Bonaventure Resort & Spa located at 250 Racquet Club Road in Weston, Florida. A special VIP Reception (for sponsors and noted guests) will be held at 6:30 p.m. and the dinner and program will begin at 7:30 p.m. This year’s theme is Moving Forward … The Legacy Continues and the evening will include performances by FMU’s very own Student Jazz Ensemble and Chorale. The Gala’s Lead Sponsor is D. Stephenson Construction, Inc.

“Education is very important to me and I am happy to lend my support in raising funds for scholarships to allow students to pursue their dreams by focusing on their education and not their financial concerns,” said Dwyane Wade.

“We are absolutely delighted to have the support and involvement of Dwyane and his Wade’s World Foundation at this year’s Scholarship Gala,” said Dr. Roslyn Artis, Interim President of Florida Memorial University. “His presence will undoubtedly help to enhance the level of commitment and dedication for our students, and highlight the services we provide in a broad and very visible way.”

“In addition to raising dollars to support our students, we will also honor and recognize community leaders that have helped to advance the mission of FMU,” said Dr. Adriene Wright, FMU’s Vice President for Institutional Advancement.

Tickets to attend the Florida Memorial University scholarship gala are $150 per person. Sponsorship packages, ranging from $2,500 to $25,000, are also available. For tickets or more information on the Annual Scholarship Gala, call Ameena Shaheed at (305) 626-3611 or visit www.fmuniv.edu. RSVP required by September 15, 2013.

Conference on men and violence intervention, Sept. 18 at UM Calling All Men: Rejecting the Culture of Violence


The Miami-Dade Community Action and Human Service Department is presenting a conference on violence intervention on September 18, 2013, 8:00 a.m.- 4:30 p.m. at the University of Miami. "CALLING ALL MEN: Rejecting the Culture of Violence” will initiate a dialogue with national experts in the field of violence intervention.  The goal is to share perspectives and explore ways in which men can take a leading role in addressing violence.

CALLING ALL MEN: Rejecting the Culture of Violence Conference

Labor Day Weekend: Are you ready for some football? 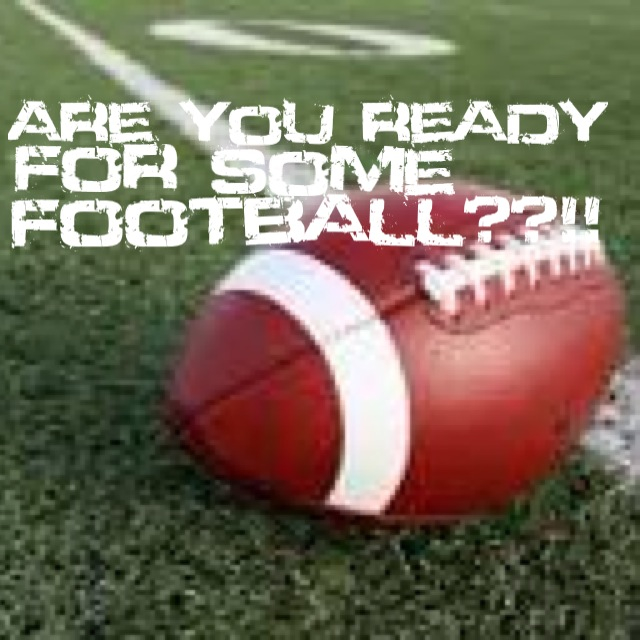 It's Labor Day Weekend and a major football weekend for folks who follow high school, college and professional football. This holiday weekend sees some big games --- FAU vs. UM, Miami Central vs. American Heritage, St. Thomas Aquinas vs. Miami Northwestern and Mississippi Valley vs. Florida A&M in the MEAC/SWAC Challenge in Orlando.

In HBCU football, the return of the FAMU Marching 100 is probably the biggest sports story this week. The significantly smaller band performs for the first time on Sunday since its suspension was lifted earlier this year. Ironically, the last time FAMU's marching band performed was November 19, 2011, the night drum major Robert Champion died after a hazing ritual on a bus in Orlando.

Several FAMU alumni and former Marching 100 members from Miami are traveling to the game so stay tuned for photos and tweets covering game day activities. 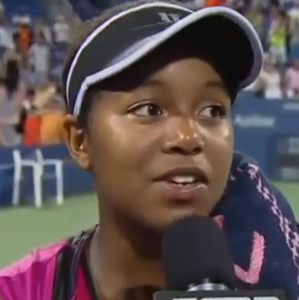 
Yesterday, a Miami-born young lady of Haitian ancestry was probably the most talked about sports story on local television news stations. At seventeen years-old, Victoria Duval defeated 11th seed and former champion Samantha Stosur, in three sets, 5-7, 6-4, 6-4 in the first round of the U.S. Open.

Those of us who do not follow tennis closely, never heard of this young lady until. What an incredible personality and great athlete. This young lady’s sweetness and humility are such a breath of fresh air.

In her young years, Duval has witnessed violence, tragedy and triumph. She and her family were held at gunpoint by armed robbers in Port-au-Prince. Her father was buried and near death until his rescue from rubble in the earthquake in Haiti in 2010. Miraculously, he recovered with limited disability.

She plays her next opponent, 48th-ranked Daniela Hantuchova, on Thursday. Duval has been compared to tennis great Venus Williams. Go, Victoria! Represent the 305 and the 509!

Florida Activists and Attorneys to Call for Fair, Diverse Judges in Florida 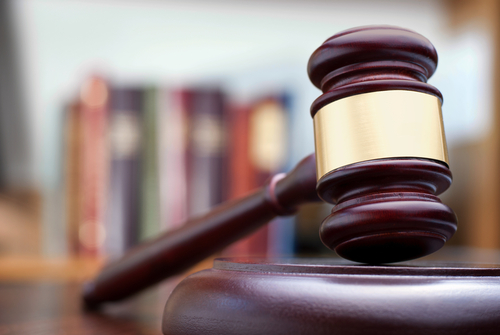 Panel to discuss impact of judicial vacancies on Florida’s citizens

MIAMI – Local and national activists and attorneys will sponsor “Diversity and the Federal Bench: A Crisis in Florida” on the evening of Tues., Aug. 27 from 6-8 p.m. on the Wolfson Campus of Miami Dade College, 300 NE 2nd Avenue, Miami, FL, Room 3208-09. The panel will focus on the current crisis facing Florida’s federal courts, why these courts matter and call for the U.S. Senate to confirm fair, diverse judges on Florida’s federal courts.

Right now, there are four vacancies on Florida’s district courts, with two more district seats to open within the next year. In addition, this week, 11th U.S. Circuit Court of Appeals Judge Rosemary Barkett said she would step down on September 30, opening a Florida-based vacancy on the 12-member appellate court that serves Florida, Georgia and Alabama.

Both Senators Bill Nelson and Marco Rubio play a large role in filling Florida’s federal court vacancies and have been charged by the Congressional Black Caucus with unnecessary delays. This includes the nominations of two outstanding candidates for Florida district court seats – Brian Davis and William Thomas, both African American men who are waiting to fill seats that have been open for more than year.

The event is sponsored by Progress Florida, the National Bar Association, the National Council of Jewish Women, the American Constitution Society for Law and Policy and Legal Progress, a project of the Center for American Progress.

WHAT: Diversity and the Federal Bench: A Crisis in Florida 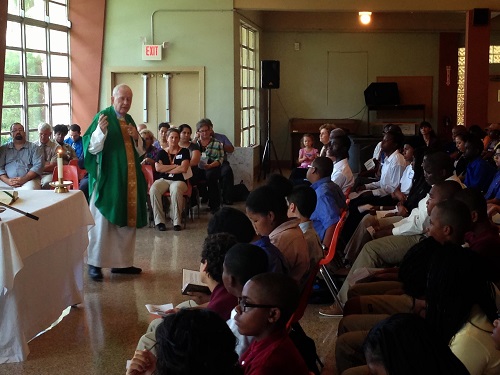 
Miami, FL_It was an historic moment when the bell rang on August 19, 2013 at Archbishop Curley Notre Dame Prep. This year, the school celebrates its 60th year. Back in 1953, students carried heavy textbooks and used typewriters. Now students carry iPads with ETexts stored inside.

“We are excited to celebrate our diamond anniversary,” commented Douglas Romanik, ACND’s Principal. “Our school has endured and flourished long past the merger of Notre Dame and Archbishop Curley. And, with the rapid growth of Miami’s urban core, we are happy to be part of a community that focuses not just on residential and commercial development, but also on culture, academics, and lifestyle amenities.”

From the founding of Archbishop Curley High School and Notre Dame Academy in 1953-54 and through the eventual merger in 1981, the now, 6 to 12 school has been enriched by the educational traditions and charism of the Priests of the Archdiocese of St. Augustine and Miami; the Sisters of the Immaculate Heart of Mary; Sisters of St. Joseph; the Brothers of Holy Cross; and the Congregation of Christian Brothers. In 2012, ACND welcomed its first lay principal, Douglas Romanik, a graduate of the Class of 1983.


“Our motto this year is: faith, family, excellence,” concludes Romanik. “Whether it’s Food Truck Knights, the Hall of Fame Gala, or Heritage Day, our graduates continue to return home. We are family.”

The anniversary celebration will officially begin with the Opening School Mass at 10:00 am on Thursday, August 29, 2013, and  held at the former site of the Notre Dame Academy for Girls -- Notre Dame d"Haiti Catholic Church 110 NE 62nd Street, Miami, Florida 33138. Orientation Day provides students an opportunity to acclimate to their new environment. ACND Prep celebrates its 60th year as a Catholic high school and, for the past 4 years, has included a middle school. 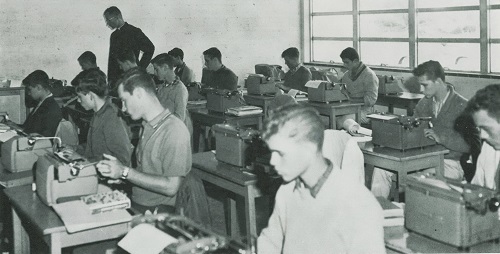 Miamians representing at the 50th Anniversary of the March On Washington 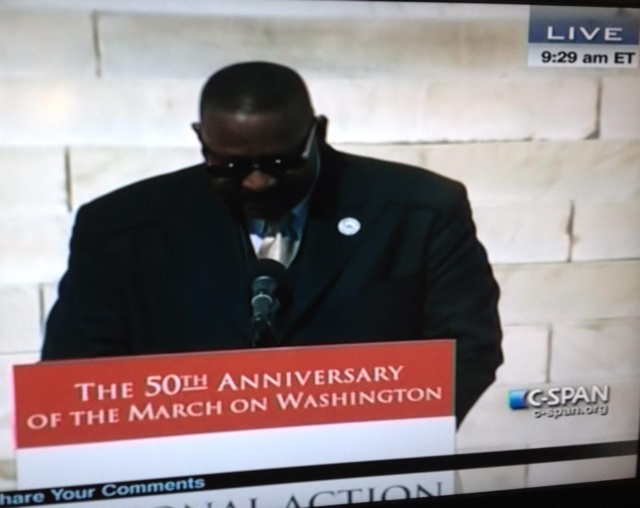 Miami was well represented at today's 50th Anniversary of the March On Washington in Washington, DC. Bishop Victor T. Curry of New Birth Baptist Cathedral of Faith International served as emcee for a portion of the program. He is also Southeast Regional Director of NAN and President of its South Florida Chapter.

Sybrina Fulton and Tracy Martin, parents of Trayvon Martin, were also on program.

The local chapters of the NAACP and NAN hosted charter buses to the March and several local participants made the trip via airlines.

You can catch a rebroadcast of the March tonight on C-SPAN starting at 8:30 pm. Feel free to share your photographs with us via email to info@bloggingblackmiami.com. Be sure to include captions. Thank you.

“We are extremely excited to be recognized by colleagues from around the state for the products and events we have created to promote the City of Miami Gardens,” explains Tamilla Mullings, an Events Specialist. “As a still young city and the largest black city south of Atlanta, we are especially proud to share our work and to be recognized for excellence throughout the state. We hope to serve as an inspiration for other municipalities to showcase their talents.”

Over 250 representatives of events, event suppliers and associations entered their programs in a variety of categories to be considered for nomination, with the City of Miami Gardens submitting photos, graphic designs, website and social media content for the competition. A Blue Ribbon Panel of judges representing radio, print media, television, magazines, printing companies, website designers, photographers, promotional marketing professionals and experts in the arenas of social media chose the resulting nominees. 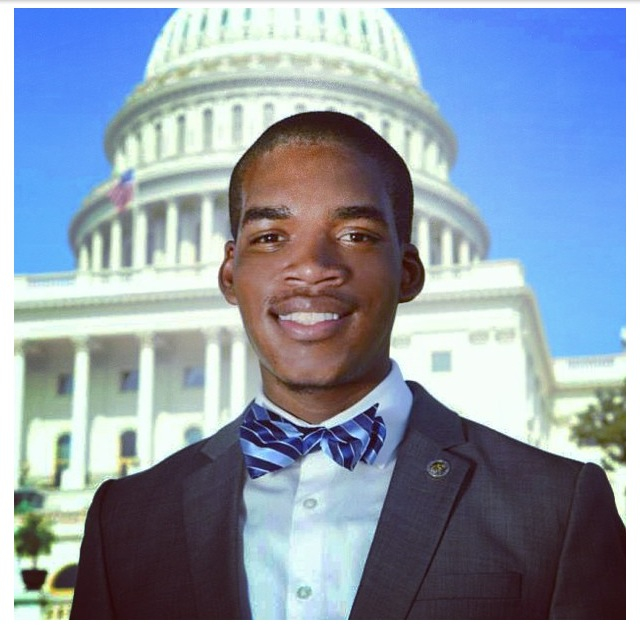 Congratulations to Jonathan Moses of Miami Gardens, a rising senior in the Florida A&M University School of Business & Industry.

The civic-minded Moses is in the 43rd student Senate at FAMU, a member of the Collegiate 100 and serves as the social media director of It’s A FAMUly Affair, a social media hub for all things FAMU.

This summer, Moses interned with the Congressional Black Caucus Foundation and worked in the office of Congresswoman Frederica Wilson whose district includes the Miami Gardens area.

Throughout the internship he learned from some of the nation's most respected political leaders. He also had the opportunity to present a youth action plan to members of Congress that addressed issues in the African-American community.