Blogging Black Miami
THE CITY OF MIAMI GARDENS RELEASES A STATEMENT ON THE ISSUES SURROUNDING THE POLICE DEPARTMENT
The Youth Fair Offers a Turkey Load of Savings One Admission Ticket & One P*O*P Unlimited Ride Card for ONLY $20 Offer Available Black Friday through Cyber Monday, Nov. 29 – Dec. 2

Today's Peaceful Protest & Rally against the city of Miami Gardens Police Department has been cancelled. Organizers were unable to secure a permit from the City. Now who's really surprised by that? 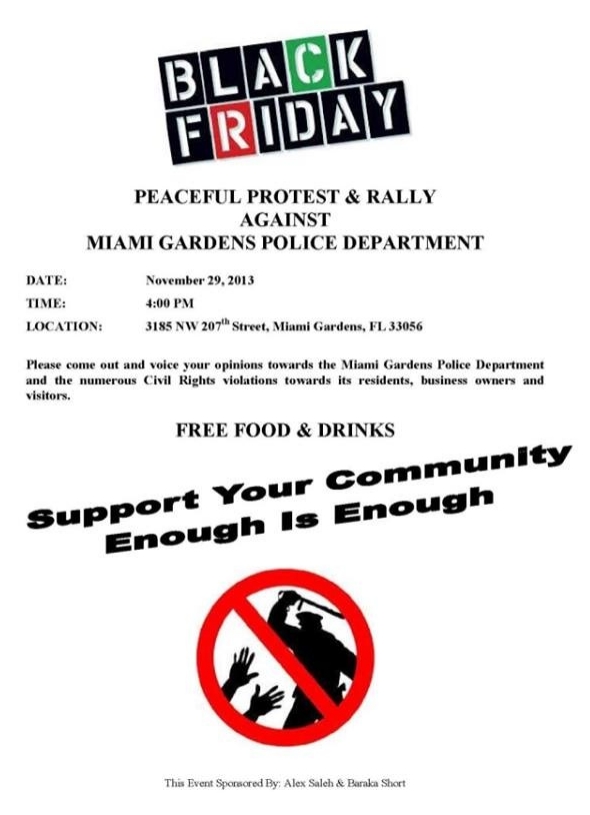 A protest and rally regarding the civil rights violations of black Miami Gardens residents by white Miami Gardens police officers has been scheduled for 4 P.M., Friday, November 29, 2013 at the Quickstop on NW 32nd Avenue and 207th Street.

The horrific and unbelievable story of the blatant mistreatment of blacks in a majority black municipality of Miami-Dade County led by blacks has gone viral in the media and Miami, not just Miami Gardens is looking all kinds of bad to the rest of the nation.

Friday's rally is advertised as a peaceful protest and free food and drinks will be available.