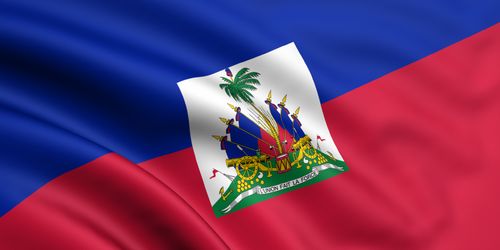 On January 1, 1804, Haitian Independence Day, the flag was modified again. Changes in leadership resulted in the adoption of several versions of the flag until February 1986, after the fall of Baby Doc and the Duvalier regime, when the people of Haiti requested the return of the red and blue flag.

For details on the history of Haitii and the Haitian flag, visit the website of the Embassy of the Republic of Haiti in Washington, DC. It displays a picture of each of the different flags of Haiti and a synopsis of each flag’s historical perspective. A detailed narrative of the history of Haitian Flag Day is available here.