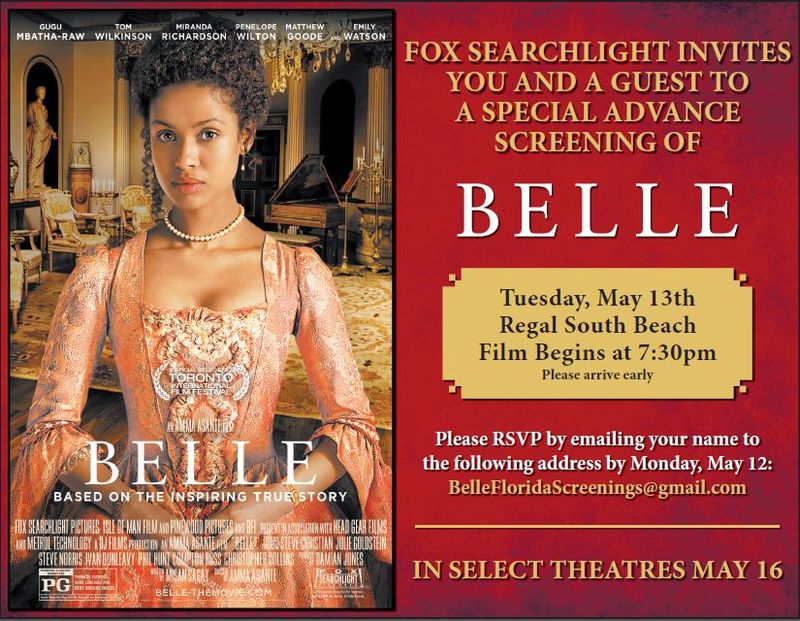 BELLE is inspired by the true story of Dido Elizabeth Belle (Gugu Mbatha-Raw), the illegitimate mixed race daughter of a Royal Navy Admiral.  Raised by her aristocratic great-uncle Lord Mansfield (Tom Wilkinson) and his wife (Emily Watson), Belle’s lineage affords her certain privileges, yet the color of her skin prevents her from fully participating in the traditions of her social standing.  Left to wonder if she will ever find love, Belle falls for an idealistic young vicar’s son bent on change who, with her help, shapes Lord Mansfield’s role as Lord Chief Justice to end slavery in England.

Because it is private event, a ticketing system is not being used but a special guest list is being created. RSVP by emailing your name to BelleFloridaScreenings@gmail.com. The deadline is Monday May 12, 2014. 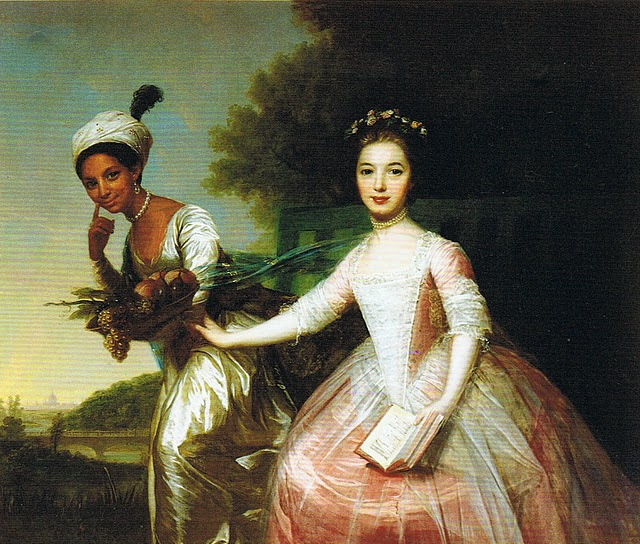 Painting of Dido Belle with her cousin Elizabeth, formerly attributed to Johann Zoffany