Connecting the Dots: Rev. Timothy Drayton's Tale of Terror in South Dade and the Kidnapping of Danny Goldman in Surfside [VIDEO] 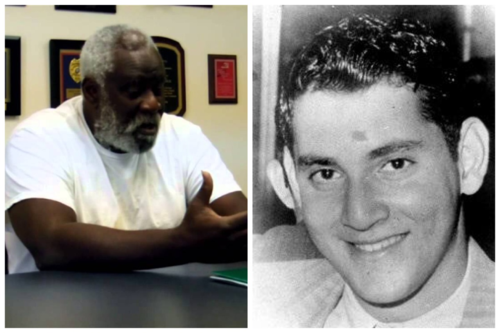 For almost fifty years, Rev. Timothy Drayton wanted to tell his story. He has lived with the guilt of unwittingly assisting corrupt police in the murder of Bobby Williams. Williams is but one of 23 connected deaths discovered by friends of Danny Goldman.

Please watch this video recorded statement of Rev. Timothy Drayton, made in July 2013. In the video he talks about what happened on August 5,1966 when Bobby Williams, 18, died in a hail of gunfire from police shotguns.

Bobby Williams had no criminal record ... there was no gunpowder on his hands after the shooting ... newly uncovered forensic evidence on that fact casts a new spotlight on the truth ... and this video tells a story never before heard.

Drayton’s chilling account of living in terror and the physical and psychological abuse residents were subjected to at the hands of corrupt authorities, is a story that must be told.