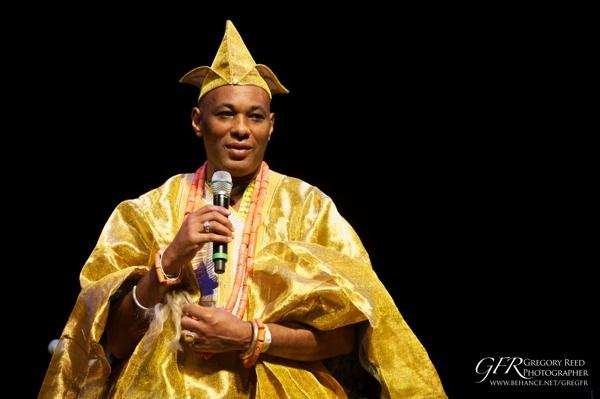 Miami's Osun's Village African Caribbean Cultural Arts Corridor continued its global influence as its executive director, Chief Nathaniel Styles was invited by PBC United Kingdom to take part in a television series documenting the Osun Village contribution to the preservation of inter-cultural programming and establishing the importance of the many diverse original people arriving on the river and ocean shores of Miami with culture and traditions that keeps them strong, proud, and unified.

Sacred Journeys host Bruce Feiler travels to Nigeria with this group of African American pilgrims who are attending an annual festival in honor of the Yoruba Goddess Osun as a way to reconnect with their cultural and spiritual roots. This indigenous African faith, sometimes called Orisa Devotion, was first carried to the Americas during the Transatlantic Slave Trade where it evolved and spread to become one of the ten largest religions in the world with upwards of 100 million practitioners. In its many forms it’s most widely practiced in the Caribbean and Brazil. In the US, after being forced underground during slavery, it is now growing in popularity across the country, especially in African American and Afro- Cuban neighborhoods.

In company with pilgrims from Miami, New York and Boston, Bruce Feiler visits the last remaining Yoruba sacred grove in Nigeria, now a UNESCO World Heritage site, where the Osun Festival attracts tens of thousands of pilgrims and visitors from across Africa and around the world. As two young American pilgrims are initiated as priestesses to the goddess Osun, a Miami-based priest reveals that it’s music and dance that brings most African Americans back to a faith where culture, art and spirituality are inextricably mixed.

In Nigeria this indigenous African religion is under attack from Evangelical Christianity and fundamentalist Islam. But as the Osun Festival reaches its climax, Bruce sees that practitioners from the Yoruba Diaspora are reinvigorating the faith in its homeland while taking home a new sense of identity as African Americans. As a young priestess tells Bruce: “There is no power in not knowing who you are, where you come from. Coming here, I’m taking back that power; I’m taking back that identity.”

Chief Styles' journey to Nigeria on the pilgrimage that included multi-cultural influences will be broadcast on PBS on December 30, 2014 at 9PM ET. Viewers will learn more about the need for more inter-cultural experiences.  The annual festival of Osun-Osgobo in Nigeria, celebrates the goddess of fertility, Osun offers grace to the community; in return, it vows to honor her Sacred Grove, with upwards of 100 million practitioners and supporters.