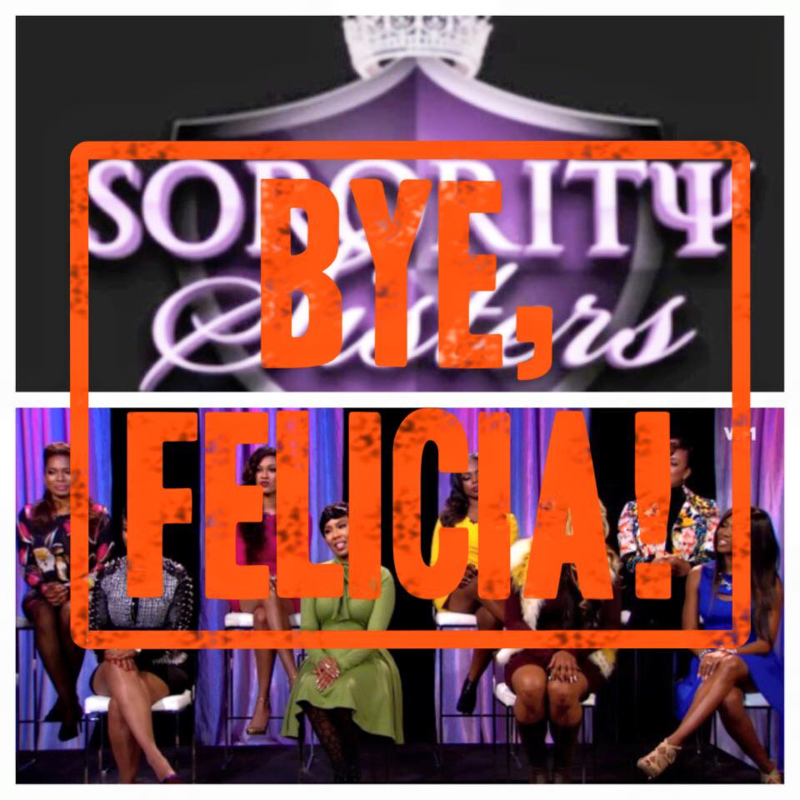 VH1 has not officially announced the cancellation of their reality show Sorority Sisters but their actions and news reports indicate it has.

On December 15, 2014, VH1 premiered a new reality show called Sorority Sisters. A petition, that had gained over 40,000 signatures protesting the show was not enough to prevent the show’s airing. The backlash grew into a digital protest largely headed by Lawrence Ross, author of The Divine Nine: The History of African American Fraternities and Sororities and member of Alpha Phi Alpha Fraternity.

Rather than direct the protest solely to VH1, the army of protestors targeted the show’s sponsors. Quickly, most of the sponsors pulled their advertising dollars. The first sign of defeat on the part of VH1 was the airing of a episode called “Sorority Sisters: The Dialogue” in which cast members shared their feelings about their participation on the show and the backlash. There were tearful moments and reports of death threats. Such episodes are typically reserved for reality show reunions.

Subsequent to the airing of The Dialogue episode, two of the cast members, my sorority sisters, April McRae and Rwanda “Joy” Hammond were suspended from Alpha Kappa Alpha until July 2016. Reasonably, one would expect other members of the cast to be suspended for violating their sorority’s policies.

Sorority Sisters continued to lose viewers and advertisers. VH1 surrendered by airing the final three episodes of the show during its graveyard hours last night and the show is history. Perhaps. Hulu, the online video will be offering episodes to its subscribers. Stay tuned for another boycott.

Depending on one’s perspective, the backlash from Sorority Sisters was either very good or very bad. While the situation showed what folks can do when they galvanize, strategize and execute a plan of action, it also rehashed longstanding animosity between college-educated Blacks and non-college educated Blacks. There were also allegations of hypocrisy about targeting Sorority sisters and not other reality television shows. Rather than allowing the focus of the campaign to be shifted via distractions, the Boycott Sorority movement sisters has grown to The Conscious Movement and other shows such as Love & Hip Hop are in their crosshairs.

One lesson learned from Sorority Sisters is that black folk can effect change. A celebrity is not needed to be the face of a movement. Mega dollars are not required to fund a media campaign. A protest march is not required. Everyday folks with knowledge and access to the internet can make things happen.

Unfortunately, the women who chose to be a part of Sorority Sisters will inextricably tied to the show forever. They could be very nice people who tried to use the show to advance their careers who were used instead. People who are not members of BGLOs (Black Greek-letter organizations) cannot truly understand the outrage behind the protest of Sorority Sisters but you want to know what? If you think the backlash was only abgout the Deltas, AKAs, SGRhos and Zetas, then you so don’t get the point. That show was demeaning to Black women in general. The negative depictions of Black women in the media become the reality for some little black girls when they grow up.

As a black woman, it was painful to hear a Sorority Sisters cast member refer to another as a bitch. The seemingly scripted tension between the women was just too much. Sorority Sisters is a horrible show and it needed to be buried. Amen.

This is an actual picture from VH1 of cast member, Priyanka Banks, a member of Delta Sigma Theta. This is the actual caption: "Priyanka CRACKS US UP!!!! #SororitySisters" Really, VH1? Not cute. Not entertaining. Disrespectful.