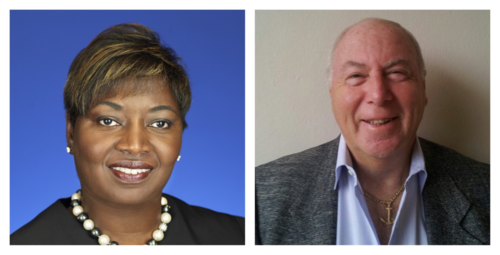 ― Dale Carnegie, How to Win Friends and Influence People

Surely Bay Harbor Islands Town Council candidate Ken Eskin wishes he’d never ever uttered the words “What family do you work for?” when he encountered Marcia Cooke in the condo parking lot, as she placed items in her car and he distributed campaign materials. Eskin, who is white, assumed Cooke, who is black, was the help. Cooke has lived in the area for twenty years and has been a federal judge for 11 years.

Eskin said he sent Cooke a note of apology. He went on to say that the mistake was not racially motivated. Wrong again, Mr. Eskin, it was. He assumed…pre-judged… that Cooke, although dressed in corporate attire, was a maid. It didn’t dawn on him that she could be a resident or that she could be a professional woman. Shades of Levi Pettit, that was racist. The fact that Eskin doesn’t get that is…well…very unfortunate.

Our perspectives, as individuals, are shaped because of our experiences…our family upbringing…etc. If we are honest, we have to deal with our personal shortcomings from time to time. Instead of pretending to be perfect, sometimes we just need to start with being real.

Surely, Judge Cooke was caught off guard. Instead of driving away from Eskin, she could have used the situation as a teachable moment with him. One is rarely prepared for such situations unless they’ve already had a similar experience. Before he became president, Barack Obama  was mistaken for a valet. If Ken Eskin didn’t recognize the racism in the incident with Judge Cooke, perhaps someone else will and their perspective of Blacks and other minorities will change because of her racial profiling experience.