Effective, 12:01 a.m, Thursday, October 1, 2015, no more citations will be issued for red light camera violations in the City of North Miami.

In June, Dr. Smith Joseph, Mayor of the City of North Miami, sponsored a resolution to end red light camera violations. The legislation passed by a majority vote of the city council.

Street named after developer with history of discrimination against blacks 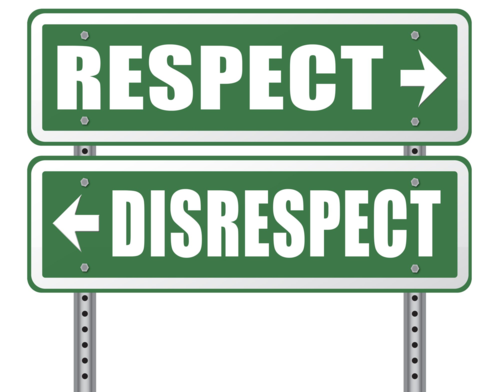 Shout out to Miami-Dade County Commissioners Dennis Moss; audrey Edmonson; Barbara Jordan and Danielle Levine Cava for voting in opposition to the renaming of a street after the late Jose Milton, a developer whose company has a history of housing discrimination against Blacks in Miami-Dade County.

Apparently, Milton was also a generous contributor to political campaigns, humanitarian causes and County parks. After a passionate discussion, the majority of the County Commissioners chose to approve the street naming anyway.

Kudos to Miami-Dade County for Quick Response in Correcting Sign

Thank you to the folks at Miami-Dade County for the quick response in correcting the sign that showed Eureka Drive misspelled. One of the followers on Rose Reeder’s Facebook page said she would take action on having the sign corrected, and she did just that. It’s easy to rag on government workers and contractors when things go wrong, let’s give a shout out to everyone involved in resolving this issue.

So, what is the take away from what is an innocuous situation to most people? Well, there are probably a few take aways but the most important to me is the demonstration of the power of one citizen taking action. Rather than waiting for someone else to initiate resolution, each of us has the power right at the end of our fingers by using our telephones or our computers.

Power to the People.

What's wrong with this picture?

What's wrong with this picture?

Hats off to my friend Rose Reeder for spotting this sign on the southern end of Miami-Dade County. How long has this sign been in place? Are there other signs that need to be replaced? Inquiring minds want to know. 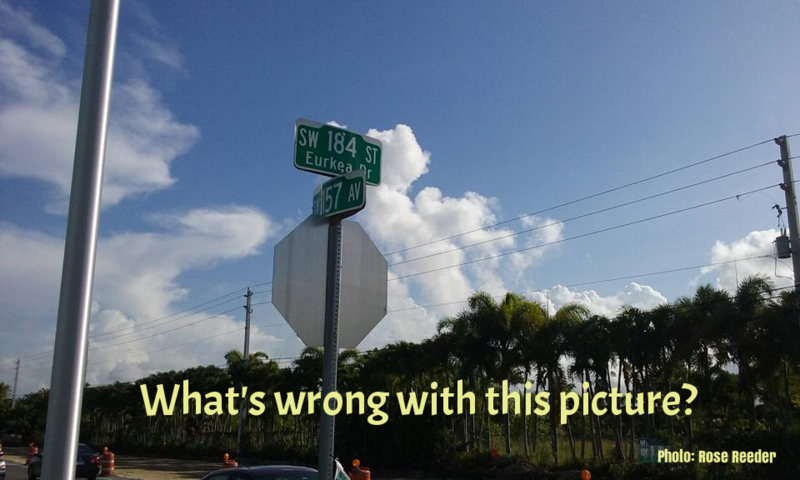 How observant are you? No worries. The proper authorities have already been notified. 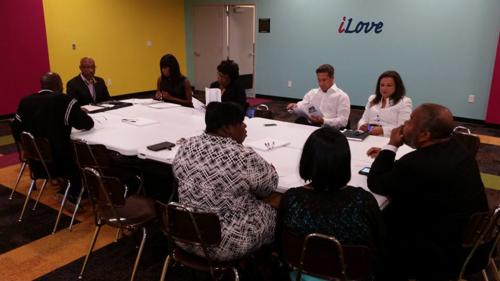 My friend and high school classmate, William DC Clark, keeps the community informed via his Facebook page. Many of his posts are about Black History. At this time of the year, many are about athletics, especially Miami Central football. Others are comical. And then there are the thought-provoking posts like the one below...

DC: While fighting for more inclusion of our Urban Core schools, Superintendent Alberto Carvalho told us that some folks in "other" communities feel that he does too much for Blacks. Yeah right, like we should be satisfied with receiving only 3 out of 53 Schools of Choice programs the District just recently rolled out. The truth is, some "others " feel that we shouldn't be given a damn thing. Blacks were treated like shit in the country they came from and they feel it should be the same way here. What they do not understand is you have Blacks in this country who aren't as docile as the ones under their control back "home" and don't mind standing up for what we believe in. Racist pigs.

In my opinion, it's easy to become angered by the Superintendent's comment but his comment reflects just how much Blacks have regressed as a group in Miami-Dade County. In spite of a few Blacks in some key positions and Black celebrities and professional athletes living in the area, we are largely merely tolerated, an afterthought, disrespected or down right ignored as a people group. His words should make us think.

Regardless of the demographic box we think we fall under --- African-American, Hispanic, Caribbean, biracial, multiracial, etc., if our skin is black, we are in the same boat. The Superintendent's words should make us think and move us to action to support our businesses in our community, elect leaders who move an agenda that focuses on the group rather than themselves or a few, get out and vote, and teach ourselves and our children to be proud of our African heritage.

Congratulations to the Miami Northwestern Bulls Family on celebrating 60 years. They started in a mighty way on August 9 with Miami Northwestern Sunday at New Birth Baptist Cathedral of Faith International. Other activities included alumni, some from the Class of 1956, gathering at the school to kick off the first day of school to instill a sense of history and to encourage students to have a successful school year. 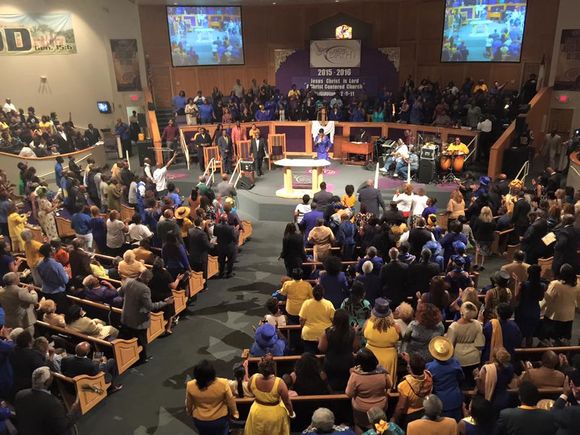 Are you ready for some HBCU football?

It's that time of year again and if it's HBCU football time then it's time for trash-talking and bragging rights. While the winner of the game is determined by the final score, the half-time competition between marching bands is a serious matter. Check out this video of one of Ricky Smiley's most hilarious comedy routines.

Check out page 59 of the September 2015 issue of Ebony magazine for tips on attending your college's Homecoming. The print and digital versions of the magazine feature a picture of a Florida A&M University Marching 100 drummer. Get the HBCU Homecoming spirit! 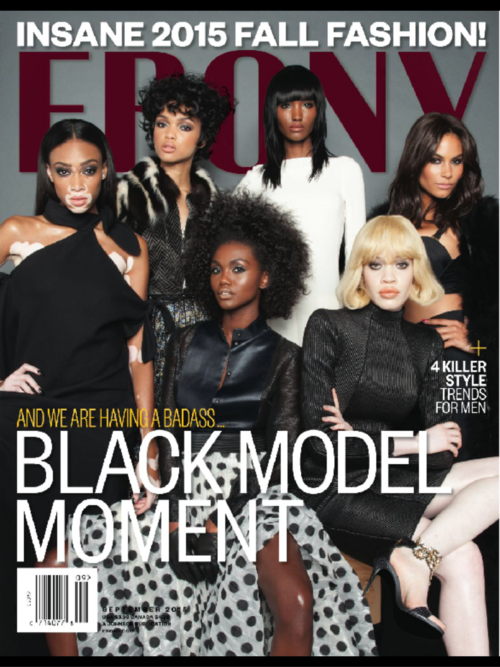 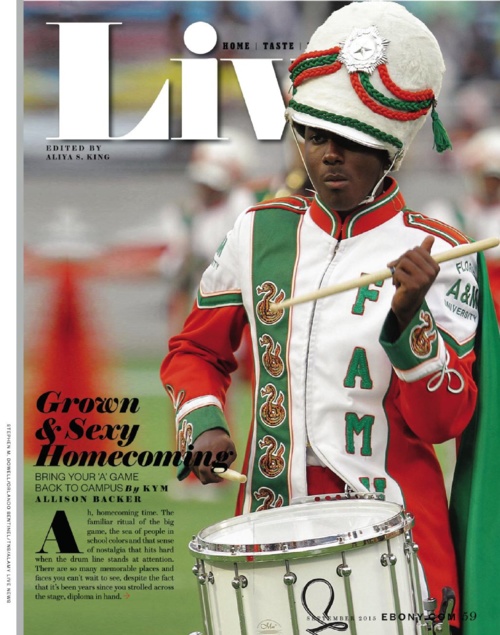 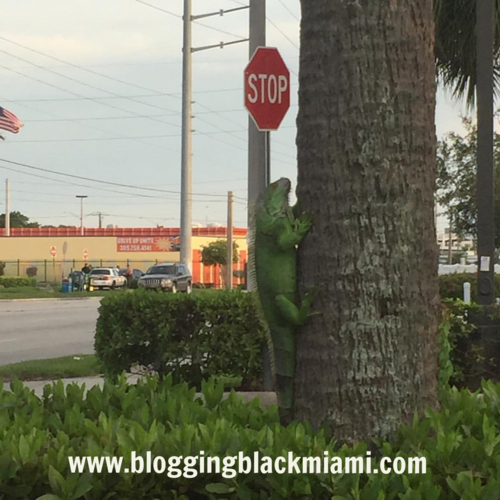 Urban Jungle: An iguana climbs a tree in the parking lot of Walgreens on NW 7th Avenue and 95th Street in Miami, FL

So, I went to my neighborhood Walgreens last Thursday to get bottled water and other supplies in preparation for Hurricane Erika. As I was trying to pull into the parking lot, a car has stopped, preventing me from exiting NW Seventh Avenue. If you are familiar with NW Seventh Avenue, that's also SR441 and at certain times of the day, seems like the Indianapolis Speedway.

As the car in front of me slowly moved forward, I see what caught the driver's attention. A huge lizard was in the parking lot. My lizard phobia kicked in. I literally clutched my pearls, gasped for air and froze momentarily. Where in the world did that thing come from? As I turned my car around to snap a picture, it had already begun to climb the tree. It looked like and alligator or a dinosaur.

I posted this picture on my Facebook page. Sure enough, a few of my friends think this hideous creature is cute. Go figure. I was most amazed by the number of tales of iguana sightings throughout the County, especially at Florida Memorial University and Miami Dade College North Campus. Apparently, most people don't share my fear of lizards as I understand there are families of them on both campuses and in many backyards. I was even sent a picture by one of my friends at FloMo.

One of my friends even posted that a man she knows has pet iguanas at his home and even has an album of photographs of them. Really? I guess whatever floats your boat. Iguanas are supposed to be mainly docile herbivores although there were a couple of posts regarding aggressive iguanas. I also think this particular iguana has been eating cats and small dogs; it was fat.

A few folks also posted that iguanas are tasty. Yuck! Gag me with a spoon. Again, whatever floats your boat. There are entirely too many creepy critters in South Florida from the iguanas to snakes, frogs and those lizards with the curled tails that remind one of a scorpion.

I no longer park near the trees and shrubbery at my Walgreens. I also totally encourage everyone who thinks these critters are tasty to eat away. Just let me know if they taste like chicken.