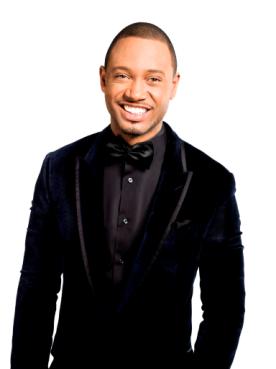 Former E! NEWS co-anchor, film/TV actor and acclaimed author Terrence Jenkins is headed to the White House.  Jenkins will host the first ever LIVE State of the Union pre-show broadcast straight from the theater of the Executive Office building today, Tuesday, January 12th at 8:00pm ET.  Jenkins is no stranger to the White House, recently moderating a panel discussion for the Champions of Change program which they recognize faculty and staff members at Historically Black Colleges and Universities (HBCUs).
Tonight's live pre-show broadcast can be viewed LIVE at www.WH.gov/live starting at 8:00pm ET.
Jenkins has quickly become one of the most recognizable faces in Hollywood; first as co-host of BET's hit show 106 & Park and more recently as the co-anchor of E! NEWS with Giuliana Rancic. Up next, Jenkins will STAR opposite Paula Patton in THE PERFECT MATCH, in theaters nationwide on March 11th.
Originally a New York native, Jenkins' philanthropic efforts include being a spokesperson for Ronald McDonald's House Charities Future Achievers Scholarship Campaign, a mentor for Steve Harvey's "Disney Dreamers Academy" and an avid supporter of the Newark, New Jersey, Boys and Girls Club.