Could Miami Palmetto alum Ketanji Brown Jackson be the next Supreme Court Justice? 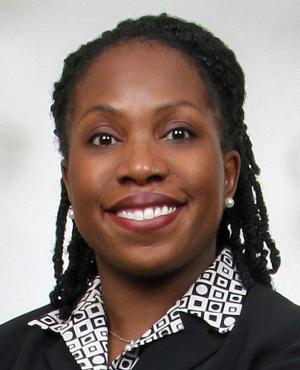 Shortly after the announced death of Supreme Court Justice Antonin Scalia, prominent Republicans declared President Obama should not appoint anyone to the seat and promised to block any persons nominated. It is sad and expected that Republicans and Republican presidential candidates would respond with obstructionist tactics as conservatives would lose their majority on the Supreme Court.
President Obama announced he would fulfill his constitutional responsibility and fill the seat. Several names have been mentioned as possible replacements including current Attorney General Loretta Lynch. In my humble opinion, the next Justice should be a Black female as that demographic group is not currently represented on the Supreme Court. That female should be Ketanji Brown Jackson whose name has circulated on the highly respected SCOTUSblog.

Ketanji Brown Jackson is a judge on the U.S. District Court for the District of Columbia.  She was confirmed by without any Republican opposition in the Senate not once, but twice.  She was confirmed to her current position in 2013 by unanimous consent – that is, without any stated opposition.  She was also previously confirmed unanimously to a seat on the U.S. Sentencing Commission (where she became vice chair).
She is a young – but not too young (forty-five) – black woman.  Her credentials are impeccable.  She was a magna cum laude graduate of Harvard College and cum laude graduate of Harvard Law School.  She clerked on the Supreme Court (for Justice Stephen Breyer) and had two other clerkships as well. As a lawyer before joining the Sentencing Commission, she had various jobs, including as a public defender.
Her family is impressive.  She is married to a surgeon and has two young daughters.  Her father is a retired lawyer and her mother a retired school principal.  Her brother was a police officer (in the unit that was the basis for the television show The Wire) and is now a law student, and she is related by marriage to Congressman (and Speaker of the House) Paul Ryan.

Jackson graduated from Miami Palmetto Senior in 1988. Her parents are former Miami-Dade County Public Schools School Board Attorney Johnny Brown and her mother, Ellery Brown, was principal of the prestigious New World School of the Arts.
According to SCOTUSblog publisher Tom Goldstein:

Judge Brown Jackson’s credentials would be even stronger if she were on the court of appeals rather than the district court and if she had been a judge for longer than three years.

As a layperson, experience on the court of appeals rather than the district court is not significant. My lawyer friends might beg to differ. Goldstein goes on indicate that in these special circumstances, past precedent might not be followed.