Last night's premiere of Miles Ahead at the Writers Guild Theater in Los Angeles, sponsored by Maestro Dobel Tequila, brought out celeb supporters of Don Cheadle who wrote, starred and directed the Miles Davis Biopic.

Along with co-star Ewan McGregor, Don chatted with attendees till the very end of the event over Dobel Tequila cocktails including Lenny Kravitz who was seen greeting Frances Davis, the real first wife of Miles Davis. Dr. Dre who showed up in a tricked out SUV that had to be parked right outside the theater. Following the screening before the Q and A session,  Dre slipped out to throngs of NWA supporters that seemed to show up out of nowhere. 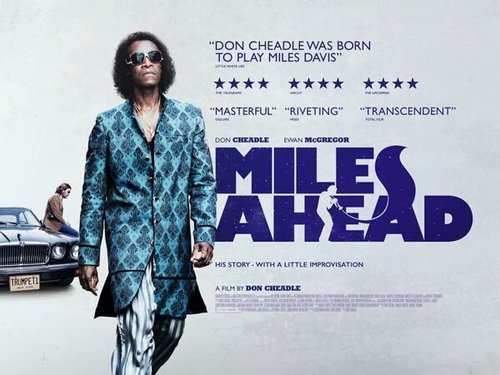