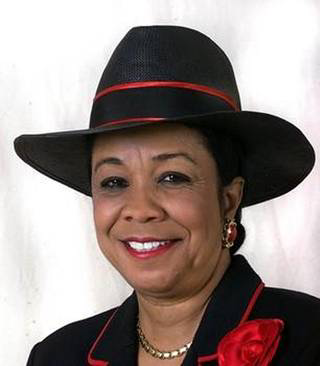 MIAMI – In observance of National HIV Testing Day (NHTD), Monday, June 27, 2016, Congresswoman Frederica S. Wilson (FL-24) and other elected officials will take confidential HIV tests and encourage the public to join them in taking the test.  Free HIV testing will be available on Monday, June 27, 2016, from 10 a.m. to 2 p.m., at six locations in Miami-Dade and Broward counties.

“Miami-Dade and Broward counties have the highest number of new HIV cases in the country.  We have to end the stigma associated with HIV/AIDS so that we can end the spread, and it all starts with taking the test,” said Congresswoman Wilson, “We cannot continue to ignore the problem and think that it will go away.  HIV/AIDS robs our communities of talent and productivity.  The best way to fight the spread of the disease is to get tested, know your status, and get the treatment you need if you are HIV positive.”

Congresswoman Wilson sponsored several bills to boost HIV/AIDS education and awareness throughout her career in public service.  This year marks the 14th anniversary of a bill she sponsored in the Florida legislature to mandate HIV testing for prisoners upon their release from Florida prisons.  The purpose of the bill was to confirm prisoners’ HIV status as they re-enter society and connect them to care if they were positive for HIV.

Free, confidential HIV testing will be available at the following locations:

The purpose of NHTD is to raise HIV/AIDS awareness and promote HIV testing.  According to the CDC, 1 in 8 people living with HIV in the United States is unaware that they have the disease.  Miami-Dade and Broward were Nos. 1 and 2 in the U.S. in new HIV infections in 2014 per 100,000 residents, according to state and federal data. This understates the importance of getting tested and knowing your status.