The Invisible Face of Voter Suppression:  Our Youth 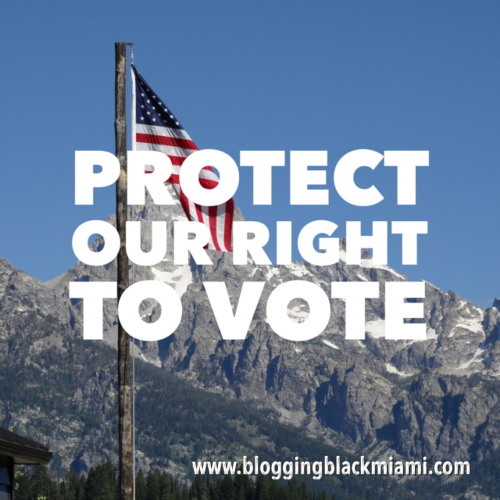 BALTIMORE, MD - Three years ago, the Supreme Court issued its decision in Shelby v. Holder, nearly dismantling the centerpiece of the Voting Rights Act of 1965.  The court ruled that 16 states no longer needed to pre-approve their voting changes with the federal government.  These were the states with some of the longest and continuous histories of voting discrimination. Since then, our nation has witnessed the greatest assault on voting rights since the Jim Crow era.
This year will be the first presidential election in 50 years without the full protections of the Voting Rights Act.  With the Shelby decision, we have seen an onslaught of new voting restrictions in states across the country – laws severely limiting early voting, states purging voter rolls, passing strict voter id laws, and implementing new restrictions on voter registration.  Instead of the federal government blocking these laws before they are even implemented, the Shelby decision allows discriminatory laws to take effect and cause confusion and potential disenfranchisement in their wake.  These barriers affect not just African Americans but the elderly, the disabled, the poor and people of color. But what may be more insidious and least obvious is the effect these restrictions have on suppressing the millennial vote.
“Our youth are the bruised but invisible faces of voter suppression,” said Cornell William Brooks, president and CEO of the NAACP. “This is not the voter suppression of a seemingly ancient civil rights era, but rather Jim Crow 2.0 in 2016. This is not your grandparents white versus black voter suppression, but rather a multigenerational older versus younger, as well as race-based voter suppression. When college IDs are not honored at the ballot box, but concealed weapons permits are, when polling places are moved off college campuses, when DMVs are closed at the moment when high school seniors are getting a license for the prom or an ID to vote, this is nothing less than a generational assault against young voters. This kind of voter suppression is not partisan gamesmanship, but rather the corruption of our democracy. The NAACP is opposed to race-driven voter suppression and youth-targeted voter suppression.  In this first presidential election in 50 years without the full protection of the Voting Rights Act, with millions of millennials being the largest voting bloc, we can do no less.”
“It is very clear that the Shelby v. Holder decision precipitated voter suppression laws by state legislatures across the country to intentionally disenfranchise people of color and millennials and silence their voices at the polls,” said Stephen A Green, national director of the NAACP Youth and College Division. “As a result, The Youth and College Division of the NAACP will engage in a rigorous and relentless civic engagement campaign which couples voter registration, voter education and voter mobilization efforts with voter demonstrations, a call for resistance and non-violent direct actions across the country.”
Here are the facts:
Efforts to suppress millennial voters could have a significant impact on voter turnout as the millennial population surges. A Feb. 21 New York Times Editorial reports that the total millennial population in the 2016 election is equal now to the baby boom generation in the voting age population (both making up 1/3rd).  Of all eligible voters, 21% or 49 million are 18-29. Since the 2012 election, 16.5 million youth have turned 18. One-third of 18-29-year-olds are eligible to vote in a presidential election for the first time in 2016—there will be 16.9 million potential new young voters in 2016.