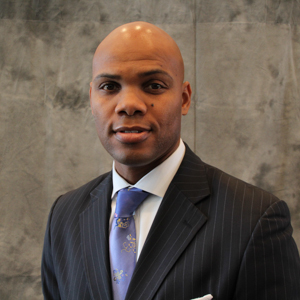 WILBERFORCE, Ohio, July 19, 2016 /PRNewswire/ -- Wilberforce University, the country's oldest private historically black college and university, today revealed that Dr. Herman J. Felton, Jr has been chosen as its 21st President. With the hiring of Dr. Felton, Wilberforce University enters into a bright new era that promises to build on its 160 year legacy of developing great leaders.  "Dr. Felton's experience in day-to-day operations, and his proven leadership abilities in multiple areas including, fund raising made him a top candidate for this position," says Mark Wilson, Chairman of the Board of Directors. "Our search committee comprised of leaders across our faculty and alumni, were thrilled to get a chance to meet with Dr. Felton for the second time in this process.  He was highly regarded by our students, staff, and faculty during our last search, and we look forward to him joining us on campus in the coming weeks."

Before joining Wilberforce University, Dr. Herman J. Felton, Jr. was the senior vice president, COO and vice president of institutional advancement at Livingstone College where he provided executive level leadership in the areas of strategic planning, fund raising, management, administration and assessment while overseeing all day-to-day operations for the college.  During his time at Livingstone, Dr. Felton also increased annual alumni contributions from seven to 19 percent in three years, in addition to serving on the school's executive committee for its accreditation process. Prior to Livingstone College, Dr. Felton was the director of development at Murray State University. A Co-Founder of the Higher Education Leadership Foundation, Dr. Felton is committed to ensuring our nations HBCUs identify and cultivate the next pipeline of highly skilled, transformational, and principled leaders to lead.  Dr. Felton received his Juris Doctor from the Levin College of Law at the University of Florida, and his bachelor's degree in political science from Edward Waters College.  Dr. Felton also served in the United States Marine Corps for eight years.

"I'm looking forward to joining the Wilberforce community.  It is an honor that the oldest private HBCU in the country has chosen me to lead them into a new era," states Dr. Herman J. Felton, Jr. president of Wilberforce University.  "Over the last two years, I have seen the dedication of all who love and cherish this great university. From the students, faculty and staff, to the ever supportive alumni, what this community has accomplished over the last two years is commendable. I know that with the determination and spirit I've seen, we will continue to lead this University into a rewarding future."

About Wilberforce University
Wilberforce University was founded in 1856 on a relatively radical principle for mid-19th Century America: to provide African-Americans, many who were fleeing slavery, with a quality, advanced education. It was a progressive concept that has evolved to inspire its current students to become innovators and entrepreneurs. Known today as the first predominantly African-American private university in the nation, it welcomes students of all faiths, races, colors, and national and ethnic origins. The school is regionally accredited by the North Central Association of Colleges and Schools and is affiliated with the African Methodist Episcopal Church as well as many collegiate organizations and associations, including the United Negro College Fund. For more information, visit www.wilberforce.edu.