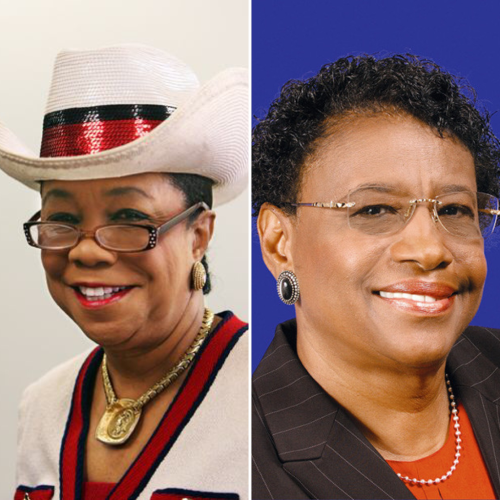 “Many people who came today were thankful and said that this event was a lifesaver,” said Congresswoman Wilson.  “A suspended license can create a vicious cycle that is difficult to break as traffic fines continue to collect interest.  This event has put many people on the road to prosperity because they can now get to school or work and improve their quality of life.”

The reinstatement event, coordinated by Chief Judge Samuel J. Slom and other members of the Eleventh Judicial Circuit County Court Criminal Division, alleviated the burden of traffic fines and fees that had previously hindered over 350 individuals from securing their licenses.  The event was offered on a first-come, first-serve basis to individuals with specific citations in Miami-Dade County excluding driving under the influence, felony-involved traffic offenses, habitual traffic offenses, and suspensions for failure to pay child support.

“Since the year 2000 the cost of tickets has risen 170%, while the minimum wage only rose 53%,” said Judge Samuel J. Slom.  “It’s easy to see by those statistics why people are unable to pay tickets that have been assessed.  Today we’re giving people a chance to modify those obligations so they can get their licenses and seek employment.”

More than 1.5 million people in Florida have had their licenses suspended for a variety of reasons including seat belt violations, unpaid traffic tickets, and broken tail lights.  Nearly 500,000 of those people live in Miami-Dade County.  A suspended license limits transportation options and hampers the livelihood of a major facet of the community.

“My mantra since I’ve been in Congress has been jobs, jobs, jobs,” said Congresswoman Wilson.  “Events like this are part of furthering that mantra.  I am certain we can reduce our nation’s deficit if people who want to work, can work.”