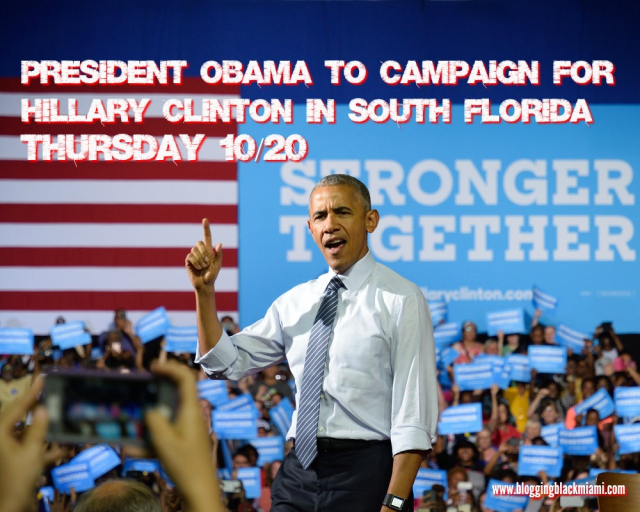 On Thursday, October 20, President Barack Obama will campaign for Hillary Clinton in South Florida. At a public event, President Obama will lay out the high stakes of November's election for Florida families and highlight Clinton's vision for an America that is stronger together, with an economy that works for everyone, not just those at the top.

With more people voting in this election than any in history, President Obama will urge Florida voters to take advantage of in-person early voting, which begins in Florida on Monday, October 24.

Members of the public interested in attending this event should RSVP here. Additional details for the trip will be announced in the coming days. This is the event that was previously postponed due to Hurricane Matthew.